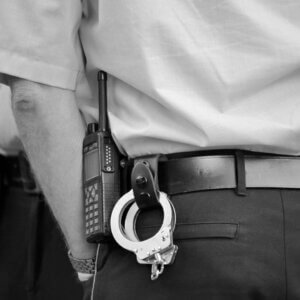 Police officers from across NSW are saying that internal complaints are being “weaponised” and are pushing out ‘good’ officers while protecting underperforming police officers who are a part of ‘cliques’.

The Sydney Morning Herald spoke to 20 officers from metro and regional areas who detailed accounts of toxic leaders, cover-ups and “upwards bullying” of senior officers by low-ranking officers.

Officers must report any misconduct from their colleagues, with complained handled within the Local Area Command. Officers said that this allows groups to collude and “stitch-up” their colleagues, according to the Herald.

With internal police investigation of serious accusations of police brutality and deaths in custody highly ineffective, it’s not hard to see how this sort of collusion could carry into the internal system.

The Law Enforcement Conduct Commission (LECC) review reports from a range of Local Area Commands across NSW. They found that an “entrenched culture of misbehaviour, including sexual harassment, led by senior officers and emulated by junior staff” at one police command.

Data obtained by the Sydney Morning Herald discovered that more than half of these complaints were not investigated, one in five were not sustained when investigated and only 22 per cent were sustained.

The LECC reported that some police “feared reprisal” and experienced “physical and/or psychological harm” from bullying, discrimination and harassment.

Former police officer Stephen Bell was medically discharged from the force in 2012.

“The busiest stations that have a big flow-through of cops don’t seem to have the problem as much because idle hands make the devil’s work,” Mr Bell told SMH. “Whereas regional centres like Wagga or Grafton have long-term senior police who are deeply entrenched in the community and they develop networks.”

NSW Police are “currently considering the recommendations in several LECC reports” and introducing “once-in-a-generation” changes to their complaints systems.

If you are a currently serving or former NSW Police officer and you believe that you have suffered discrimination then please contact us.