The matter of Fairfax Media, Nationwide News and Australian News Channel against Dylan Voller made its way up to the High Court of Australia on Tuesday 18 May.

Almost four years since Mr Voller filed his defamation claim against the media companies, the full bench of the High Court heard the matter.

In legal speak, this isn’t even the *actual* trial where Dylan would receive damages if the court found in his favour. It’s just a preliminary issue.

Dylan Voller Facebook comments: Publisher or not a publisher?

The law of defamation is extremely complex, which is why the legal costs are so expensive. They often require at least one expert Barrister.

The main issue on appeal is what amounts to ‘publication’ in the law of defamation. Mr Voller argues that you don’t require an intention to publish defamatory materials. The other parties argue that intention is required, or that there needs to be a distinction between a publisher and a disseminator.

Four and a half hours of submissions concluded the last avenue of appeal for the media companies on this preliminary issue.

Posts were made on the Facebook pages of the Sydney Morning Herald, The Australian, Sky News, The Bolt Report and The Centralian Advocate. Mr Voller argues the defendants should have known there was a “significant risk of defamatory observations” after posting, partly due to the nature of the articles. He said the organisations could have chosen to monitor or hide the comments.

The comments carried the allegedly false statements that Mr Voller had “committed heinous offences for which he was never accused”.

Mr Voller said he had “been subjected to hatred, ridicule and contempt” and had “suffered and continues to suffer distress and damage to his reputation”.

Supreme Court Justice Stephen Rothman ruled the media organisations are publishers of the third-party comments and were therefore liable for them.

“Each defendant was not merely a conduit of the comment,” he said in his judgment.

“[They] provided the forum for its publication and encouraged, for its own commercial purposes, the publication of comments.”

If the High Court finds in favour of Mr Voller, the case would likely have to go back to the Supreme Court of New South Wales for trial. This is where the defendants would raise any defences in defamation, and where if Mr Voller succeeds, he would receive the award of compensation.

Trolling for Comments – A grey area in defamation law 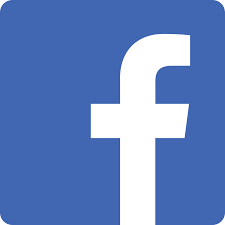 The posts made by the news organisations above, argued Mr Voller, to fish for comments and engagement.

Media companies engage in Facebook to disseminate their website material which adds to the profits. The more people that click their links and read their stories, the more money they make.

This is why some media companies fall into “clickbait” articles and have their websites slathered in advertising.

Media companies profit from having a Facebook page and as such, they need to be held liable for the comments they encourage, or acquire.

For example, an article posted to the Facebook page of The Australian with an article entitled “Dylan Voller’s list of jailhouse incidents tops 200”. The post stated “More than 170 of those incidents occurred in Don Dale Youth Detention Centre”. The post garnered a number of allegedly vitriolic and defamatory comments.

Facebook has since delivered a feature where you can disable comments on posts. However, this wasn’t present during the evolution of this case. At the time though, media organisations were still able to limit comments through a filter. They could also monitor comments for potentially defamatory material and remove it from online.

When media organisations profit from the use of the Facebook Platform, they ought not be free from liability for the comments they host on their pages.