The NSW Government has refused to fix a loophole which allows prison staff to strip-search children.

In a rare move, the NSW Ombudsman used his powers to force the Government to respond to his investigation into the use of strip-searches against children in prisons.

However, the Government refused to make any changes to the legislation.

Last year, the NSW Ombudsman Paul Miller delivered a special report to parliament which addressed strip-searches on children in detention.

In the report, it focused on three young children who guards strip-searched fully nude and told to spread apart their buttocks. The room where the search happened was monitored by CCTV.

Miller said he was not satisfied that the government had taken sufficient steps in addressing in calls for the laws to be changed. 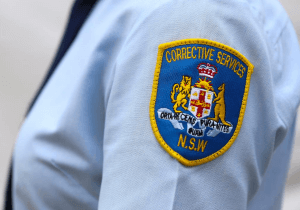 In NSW, youth justice officers only have authority to conduct partial strip-searches of children. This means they cannot  search children while the subjects are fully naked. Youth Justice rules also ban the use of a strip-search in view of CCTV.

However, in 2019, a Memorandum of Understanding (MOU) between NSW Corrections and Youth Justice allowed for corrections staff to enter the children’s detention centres during a riot or disturbance.

The wording of the agreement, Miller found, allowed corrections staff to “bring with them all the same powers for the children and young people as they have for adult prisoners in an adult correctional centre”.

“In effect, the youth justice centre becomes legally ‘cloaked’ as an adult correctional centre for so long as the CSNSW officers have control of it, so that the children and young people in that centre may lawfully be treated by those officers in the same way,” the report last year found.

The NSW Government refused to implement the recommendations to ban the use of fully naked body searched on children.

As such, Miller now implemented his full powers to force the Government to explain the decision to the State parliament.

Miller published a second report on the issue late last week saying the changes did not address the problems.

The Frank Baxter Youth Justice Centre was the site of the strip-search of the three children mentioned in the report.

Corrective Services went to the centre after three children climbed on to the roof of a building. There, the children “made a series of serious threats to the safety of staff”.

The children were eventually convinced to come down. Guards then handcuffed and patted-down the children with nothing found.

Officers then conducted a fully-naked strip-search.

The report found, for example, that officers inspected between the buttocks of one of the children and instructed him to “lift his penis”.

“Fully-naked-body (FNB) strip searches of children and young people are neither necessary nor appropriate and do not reflect good public policy,” Miller found in his special report.

“In our view, the practice of FNB strip searching of young people is not consistent with the principles of trauma-informed practice, as an FNB strip search is almost always a confronting and humiliating experience.”

In response to the report, the NSW Government updated the MOU. However, Miller states that the MOU still allows for the fully naked body searches.

Under the policies corrective service officers now need reasonable grounds before undertaking a partially clothed strip-search on a young person. Remarkably though, not for a fully naked body search.

In a statement to the Guardian, a spokesperson for the department of communities and justice said that it was working through the ombudsman’s report.

The government is in the process of rolling out body scanner technology that it says will reduce the need for strip searches in youth detention centres. The spokesperson said the scanners were being rolled out “across all youth justice centres in NSW to improve safety and security for detainees and for staff”.

If you consider that Corrective Services or Police have illegally conducted a strip-search on your child please contact our lawyers straight away.