Russell Manser – The Story of Redemption on The Clink 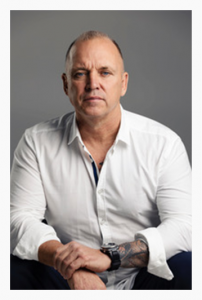 This week on The Clink podcast, host Brent Simpson talks to Russell Manser about his road to redemption. UPDATE: for more on Russel Manser and his appearance on Australian Story click here.
By age 14, Russell went to the notorious Daruk Boys’ Home, where he suffered physical and sexual abuse at the hands of those in charge.
At 17, Russell transferred to Long Bay Jail where he was housed with some of the state’s worst sex offenders. The abuse continued.
His life spiralled as a result of the abuse he endured, and he ended up spending time 23 years in prison for armed bank robbery.
“I had become an angry, bitter and twisted young man,” Russell stated.
The Royal Commission into Institutional Responses to Child Sexual Abuse was the turning point in Russell’s life.

“That’s when the healing began,” he said.

Today, Russell runs an organisation called ‘Voice of a Survivor‘. He works tirelessly to help survivors of institutional abuse.
If you’ve been affected by historical sexual abuse you may be entitled to compensation. Contact O’Brien Criminal & Civil Solicitors on 02 9261 4281 or .