A mining giant is threatening to expand their open-cut coal mining into one of the last untouched areas of the Hunter Valley.

Glencore is looking to expand onto land which stands as a site which saw some of the country’s most violent wars.

Traditional owners of the area are calling for the land to get permanent protection. They have applied to the Federal Environment Minister for Aboriginal heritage protection orders to save the site from destruction. 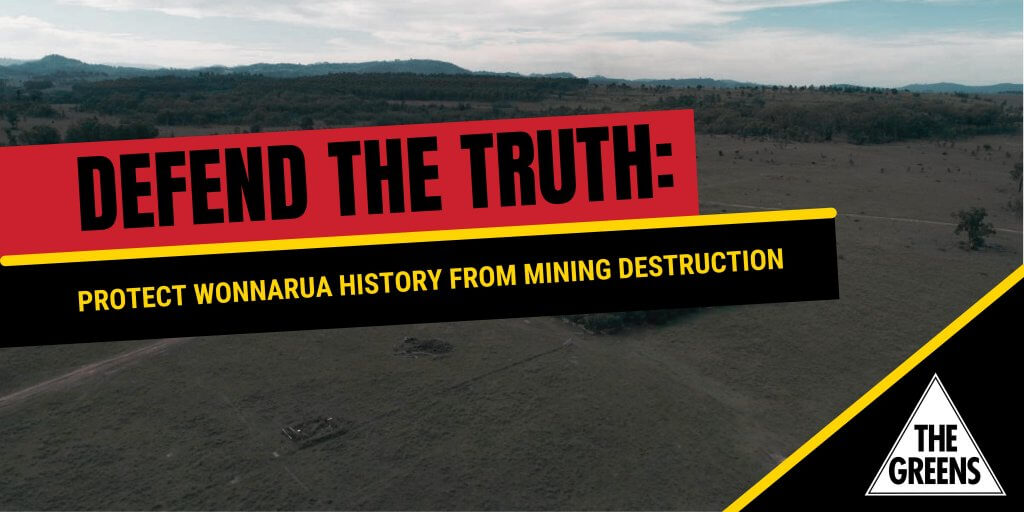 Dozens of Wonnarua people were executed and buried across Ravensworth estate and the surrounding landscape.

According to Greens MP David Shoebridge, if the mining proposal is successful, Glencore will:

Shoebridge has worked with First Nations people to make a series of short videos explaining the history of the sacred land.

“We’ve worked with Traditional Owners to tell some of the story about what happened to the Wonnarua People at this place because it’s too important to be forgotten, and for the place where it happened to be destroyed,” Shoebridge stated.

The dates for release of the series coincides with the corresponding events 195 years ago:

“What happened here over the course of just one month 195 years ago should be taught in schools, known and understood by all Australians, not bulldozed for even more open cut mining.”

“It is essential we tell these truths now, because unless people join in to support the heritage protection claim, this entire history will be wiped off the map by open cut coal mines.

“You can’t relocate this landscape any more than you could move the Opera House or Uluru, and the suggestion of relocating the Homestead pretends buildings are the only things that have historical value, ignoring the role of landscape and place.”

Sign the petition and stand up for sacred lands