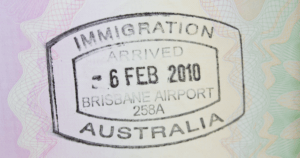 The Federal Court has stated that a Syrian man who was sent to immigration detention after his visa was revoked was falsely imprisoned and is entitled to damages.

The man should have been sent back to his home country but was instead locked up at Yongah Hill Immigration Detention Centre.

After joining his mother in Australia in 2005, his visa was cancelled in 2014 and was placed into detention. The court stated that after cancelling his visa, the Commonwealth was legally obliged to remove him from Australia “as soon as reasonably practicable”.

Neither removed or getting a protection visa, detainee was left in limbo

The Commonwealth Government did not send the man back to Syria, on the basis that it rightfully had protection obligations not to do so. However, the man wasn’t granted a protection visa, leaving him in limbo at the detention centre.

After five years in detention, the minister declined to consider granting the applicant a visa.

After six years, the Federal Court ruled in the man’s favour, and he was released on Friday.

Illegal detention means he may be able to sue for damages

Justice Bromberg of the Federal Court stated that the man had been unlawfully detained as of July 26 last year, when the minister declined to consider his application.

The common law writ of habeas corpus was the basis of his release – a historic protection against unlawful detention.

Battisson stated that the case was hugely significant for similar detainees.

“They have a very similar potential claim,” Ms Battisson told The Guardian. “It could be scores of people, if not more.”

If you have been detained illegally by the Commonwealth Government, our lawyers at O’Brien Criminal & Civil Solicitors may be able to help. Contact us today.