Protection of privacy is an ever-growing area of concern in the digital age. While there is no current tort for breach of privacy, there are statutory provisions which govern the collection, use and disclosure of private information.

State government agencies come under their own State privacy laws. In NSW, this is the Privacy and Personal Information Protection Act 1998 (PPIP Act), and The Health Records Information Privacy Act 2002 (HRIP Act).

The Information and Privacy Commission NSW (IPC) is an independent statutory authority that administers that legislation.

The PPIP Act only covers:

Individuals, corporations, partnerships and trusts aren’t bound by the PPIP Act. This is because if they have a turnover of more than $3 million, they come under the Commonwealth legislation. Some of those persons might also come under the HRIP Act in certain circumstances.

The PPIP act contains 12 Information Protection Principles (IPPs) which are the key to understanding your privacy rights. 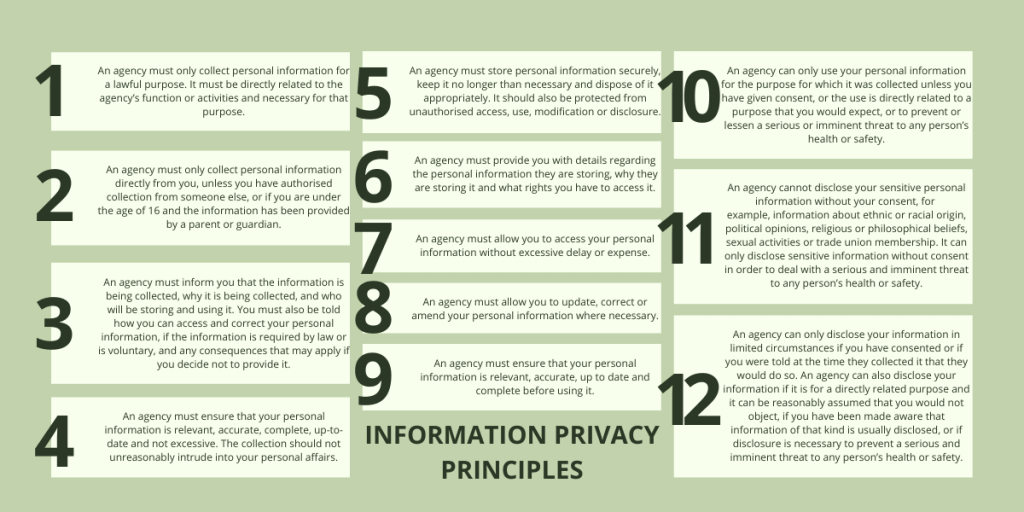 The HRIP Act contains 15 Health Privacy Principles (HPPs) which are the legal oblications which NSW Public sector angencies and private sector organisations must abide by when the collect, hold, use and disclose a persons health information. 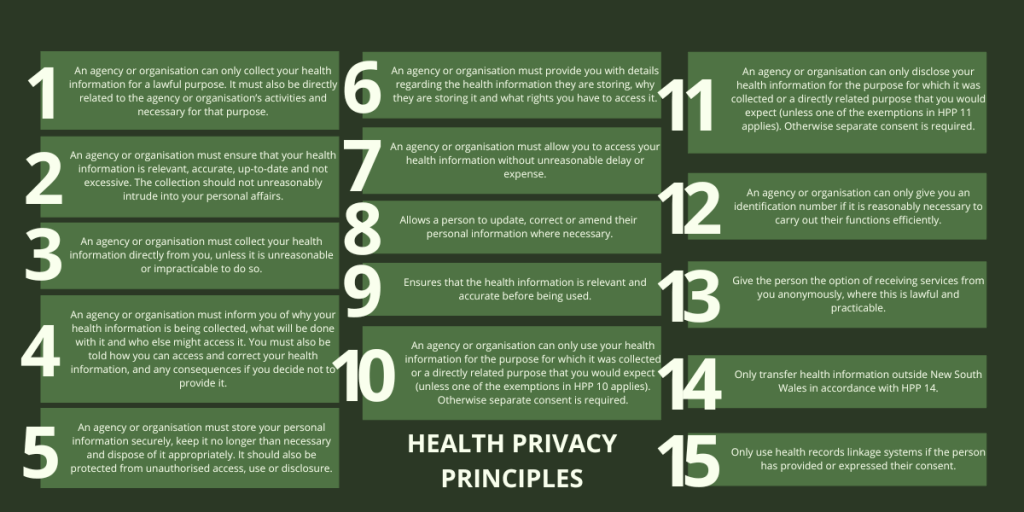