A former Victoria Police officer admitted to abusing his position to prey on vulnerable women.

Jayden Faure used his position to start relationships with four women who sought police assistance. He then attempted to cover his tracks.

One woman sought help while experiencing suicidal thoughts, and another was a 15-year-old girl.

In April he plead guilty to four charges of misconduct in public office and one charge of attempting to pervert the course of justice.

The 29-year-old avoided jail time, sentenced to a three-year community corrections order in the County Court of Victoria. 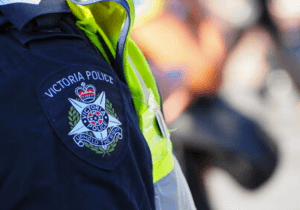 The court heard that Faure had sex with a woman who had originally reached out to police after experiencing suicidal thoughts.

Upon her release from a psychiatric ward, Faure arranged for her to go to police headquarters where they had sex in a sleeping bag.

The woman later told the court she felt disgusted and panicky over the encounter.

“Instead of assistance, I feel as if I was preyed upon,” she said.

“You don’t strike up a relationship with somebody who was literally suicidal.”

Another woman contacted police over a missing wallet, which is when she met Faure.

He then recorded a video of the two of them having sex together before sending it to a friend without her consent.

The woman told the court on Tuesday she believed Faure was “a good person at heart” who made a few “stupid mistakes”.

Fifteen year-old girl preyed on after being assaulted

Another of Faure’s victims was 15-years-old when she sought police assistance after suffering an assault in Melbourne CBD.

Faure worked for the transit safety command of Victoria Police at the time. He accompanied her to a police station and gave her his police card, despite not being the officer in charge of the case.

The court heard that he called her a dozen times over the next month, and sent her regular messages on Snapchat that had a “sexual overtone”. The pair never met again in person.

Attempting to pervert the course of justice

One of the women revealed to her counsellor that they had sex, which is when the crimes came to light.

After the investigation opened, the former officer enlisted his friend to help convince two of the women to refuse to cooperate with authorities.

In sentencing, Judge Holding said Faure’s behaviour was “predatory”, and he targeted women who were “extremely vulnerable”.

“You abused your position to manipulate them for your own sexual gratification,” he said.

He said it was also clear that Faure knew what he was doing was wrong, by attempting to cover it up.

But Judge Holding also told the court Faure was unlikely to re-offend, and expressed remorse. He said the 29-year-old also came from a “traumatic background”.

Faure must complete 370 hours of unpaid community service as part of the three-year community corrections order, while also undertaking treatment and rehabilitation.