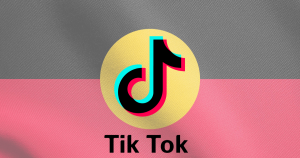 A whopping 1.6 million Australians are regular TikTok users, according to Business Insider. Many people disregard the platform as for children only. However, many generations have taken to it.

In the past year, TikTok creators have been educating on misinformation and rallying behind protesters for #blacklivesmatter. Many creators – whether political or not – took time to address their support for the movement and urged followers to do the same.

One chilling clip featuring Childish Gambino’s “This is America” set to vision of protests in Minneapolis drew in more than 43 million views. The video was posted by 33-year-old comedian Kareem Rahman. “I joined TikTok to make funny videos, but when my hometown of Minneapolis turned into a war zone I needed to show people,” he told Al Jazeera.

Tiktok came under fire for censoring content related to the movement. In early July the platform apologised to creators after suppressing black voices by shadow-banning any videos with the #blacklivesmatter or #georgefloyd hashtags.

The Black Lives Matter movement isn’t isolated to the US. In fact, many Bla(c)k Australians have been at the front of the movement to end racism, police brutality and deaths in custody.

A solid base of Indigenous creators have emerged on tiktok juxtaposing the blatant lack of diversity on mainstream media.

We spoke to @howdoidelete1 – who’s known in the non-virtual world as Emily Johnson. The Barkindji, Birri Gubba and Wakka Wakka woman grew up in Broken Hill in the west of NSW. With over 43,000 followers and over 1.8 million likes, Emily has been able to educate her followers with a hint of humour.

I originally downloaded it ironically because it was this silly lip syncing/dancing app. Then I started to see hideous and racist comments on the Aboriginal TikTok content. I started getting fed up with seeing “Aussie pariotism” and total ignorance to first Nations history, which urged me put out counter arguments and make fun of colonialism.

Your content is really humourous, do you find that you receive better feedback from funny content that addresses racism?

Definitely. I’ve had people directly tell me that they do not like other creators for being “aggressive” or “angry”, which is just tone policing nonsense. I’m communicating very similar things, just with a comedic spin because that’s my personality and how I approach conflict. Comedy is also a great way to engage younger people or people who aren’t necessarily pro or anti-something, and may be hearing topics like Indigenous sovereignty for the very first time.

Your mum has appeared in a few of your TikToks, what does your family think of your content?

My mum is constantly giving me ideas and topics that she’s experienced in her own life. I think it’s a great platform for our people who are so marginalised and ignored by mainstream media to have a voice. My close cousin, who is still in high school, also started an account and we think of collaborations and funny jokes we could do together which is awesome! I remember what it was like to be in school and facing racism was really tough at that age, but I feel like it’s given her confidence and a sense of justice by being exposed to political movements and information that’s inaccessible through mainstream channels.

I really enjoy discussing things from an Indigenous perspective, but also from a female perspective and from a plus-size person’s perspective too. I’m really enjoying building an audience and also getting to engage with so many people about a variety of topics from politics, to dating, misogyny, and even just hilarious memes or film references. I have a full-time career in the arts though, but I’m open to the possibilities of where TikTok could lead in the future! I’ve already had a comedy/acting appearance opportunity come my way thanks to the exposure of the app and that’s thanks to people supporting what I do online.

Do you have a message for any other Indigenous creators wanting to get into that space that are understandably worried about racists and other vicious critics?

I think it’s important to be safe online regardless, setting boundaries and keeping your private life private. Acknowledge that you are putting yourself out there and to be ready for criticism if you want to start challenging the status quo. At the end of the day it’s supposed to be fun and engaging and I can confirm that there are plenty of decent people out there who support Indigenous creators, LGBTQ, POC, body acceptance etc. Celebrating our culture is so special and important – more important than the stupid trolls’ opinions us online. tTake breaks when you need to and switch off from time to time.

Absolutely – I remember making a video about the young liberal society and I had some commenters who aren’t even eligible to vote yet thank me for explaining some of the alignments of Australian political parties and what they stand for. I think young people are becoming much more informed politically in general, and TikTok is a super visual, fun and exciting platform for them to absorb information and ask questions outside of classrooms and their own households that may have missed the mark on getting them interested in politics and social justice.

You can check out Emily’s TikToks here.