The NSW Court of Appeal has clarified the circumstances when NSW Police can arrest someone for an interview.

Harris v State of New South Wales [2021] NSWCA 208 confirmed that an officer can arrest someone with the intention of questioning them. However, they must already have the intention to charge them regardless of if they participate in an interview or not. 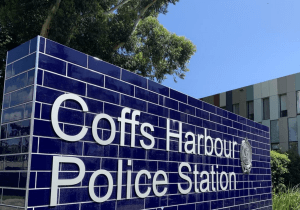 In August 2018, Detective Senior Constable Coffee investigated allegations of fraud against April Harris and her husband.

In November 2018, NSW Police executed a search warrant at their residence.  They arrested, interviewed and released Mr Harris pending further investigations. They issued him with a future court attendance notice for offences under s192E of the Crimes Act 1900 (NSW).

Coffee than arrested Ms Harris, along with three other officers around 2.5 hours after their initial phone call.

Ms Harris, while in custody at Coffs Harbour Police Station, agreed to an interview. Police then released her shortly after. 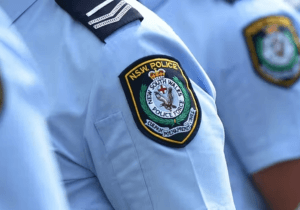 Ms Harris commenced proceedings against the State of NSW for false imprisonment on the basis that the arrest was unlawful.

To make an arrest, an officer must intend to charge the person as soon as reasonably practicable. That safeguard has statutory support in s99(3) of the Law Enforcement (Powers & Responsibilities) Act 2005 (NSW) (‘LEPRA’).

Harris contended that Coffee arrested her without having the requisite intention of charging her in contravention of s99(3).

The trial judge in the District Court of NSW dismissed the claim. Robison DCJ held that the arrest was in fact lawful and that section 99 of LEPRA was complied with.

Ms Harris appealed the decision to the NSW Court of Appeal in front of Brereton JA and Simpson AJA.

The High Court in Robinson held that at the time of the arrest, police must have an intention to charge.

Mr Robinson was the subject of an Apprehended Violence Order (“AVO”). When Mr Robinson voluntarily entered Sydney City Police Station, a constable arrested him and told him he was being arrested for breaching the AVO.

The constable had no intention, at the time of the arrest, of bringing Mr Robinson before an authorised officer to be dealt with according to law unless it later emerged that there was sufficient reason to charge him.

The Constable offered Mr Robinson the opportunity of an interview, which he accepted. At the end of the interview Mr Robinson went free without charge.

The High Courts’ decision bases the safeguard under s99(3) of LEPRA in relation to arrests without warrants.

“(3)  The arresting police officer or another police officer must, as soon as is reasonably practicable, take the person who has been arrested under this section before an authorised officer to be dealt with according to law.”

Officer must have intention to charge at time of arrest 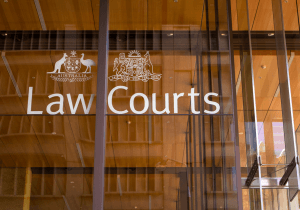 Brereton JA clarified the findings of the High Court.

“In my opinion, what the High Court was there stating was that it is impermissible for a police officer when making an arrest to do so on the basis that he or she may charge the accused following a period of questioning,”

His Honour extended that finding. He stated “for that reason it is impermissible to make an arrest thinking, in effect, “well, I have six hours in which to interview the accused and I might have enough evidence to charge at the end of that period.”

“It does not mean that a police officer making an arrest must disregard the possibility that, between the arrest and charging, matters may emerge – including through a permitted interview during the investigation period – that may negate the intention to charge.”

Brereton JA held, with Simpson AJA agreeing, that NSW Police officers must have sufficient grounds to arrest someone prior to arresting them for an interview. If the arrested person then participates in an interview, and matters arise which require further investigation, the arrest is permitted to be discontinued despite no charges being laid.

Similarly, after an arrested person is interviewed, if NSW Police deem that there is no longer a justification to charge the person, then the arrest can lawfully discontinue.

Brereton JA re-iterated the High Court’s position on this in Robinson.

“All of this sits comfortably with the traditional view, stated by Sir Frederick Jordan in Bales v Parmeter, [7] and approved by the majority in Robinson, [8] that an arrest merely for the purpose of asking questions or making investigations is an arrest for an improper purpose and is unlawful.”

The Court of Appeal upheld the Primary judge’s decision that the arrest was not merely for the purpose of questioning.

The primary judge’s words were that he was “not satisfied that she simply went out to arrest the plaintiff for questioning”.

Brereton concluded that “even if the detective had the secondary purpose of obtaining a “version” in the course of an interview consequent upon an arrest, in circumstances where she had the intention to charge, that would not have vitiated the arrest.”