A 16-year-old child attempted to end his life while left alone in a cell at Don Dale Detention Centre.

The boy’s family has revealed that authorities took him to Royal Darwin Hospital twice in one week for self-harming.

According to the family, the boy attempted to take his own life on Friday and went to the hospital.

The family got no information until the following day.

They said that after discharge, officers placed him in isolation at Don Dale.

On Sunday, the boy stabbed himself before going to hospital again.

“Not a suicide attempt”: Spokeswoman

The spokeswoman said it was not a suicide attempt but confirmed the young person stabbed themselves.

She said the 16-year-old was now receiving support at Don Dale.

“In order to protect the privacy of young people in detention, the Department of Territory Families, Housing and Communities cannot share confidential personal information,” the spokeswoman said.

“An expert team has discussed the future care needs of this young person and is ensuring every effort is taken to support them including providing advice to their family.”

The NT New reported that social services attempted to visit the young person on Tuesday morning. However, he was in the hospital again.

It’s understood he has now been admitted to the Youth Inpatient facility for mental health support and care.

Their CEO Rob McPhee said the organisation had a contract to provide care to young people in Don Dale. Nonetheless, services were stretched.

“We are deeply concerned regarding the recent incident of self-harm at Don Dale. This is a clear indication of the stressful environment detention can cause for young people and the impact on their social and emotional wellbeing,” he said.

“It is well-known that Don Dale is not a therapeutic or rehabilitative facility. It is a prison.”

In March, NT News reported a 150% increase in self-harming incidents in the year at Don Dale.

Mr McPhee said preventing detention was always the best outcome, but the climbing rates of self-harm inside Don Dale reflected the need for a more suitable, well-resourced and supportive environment. 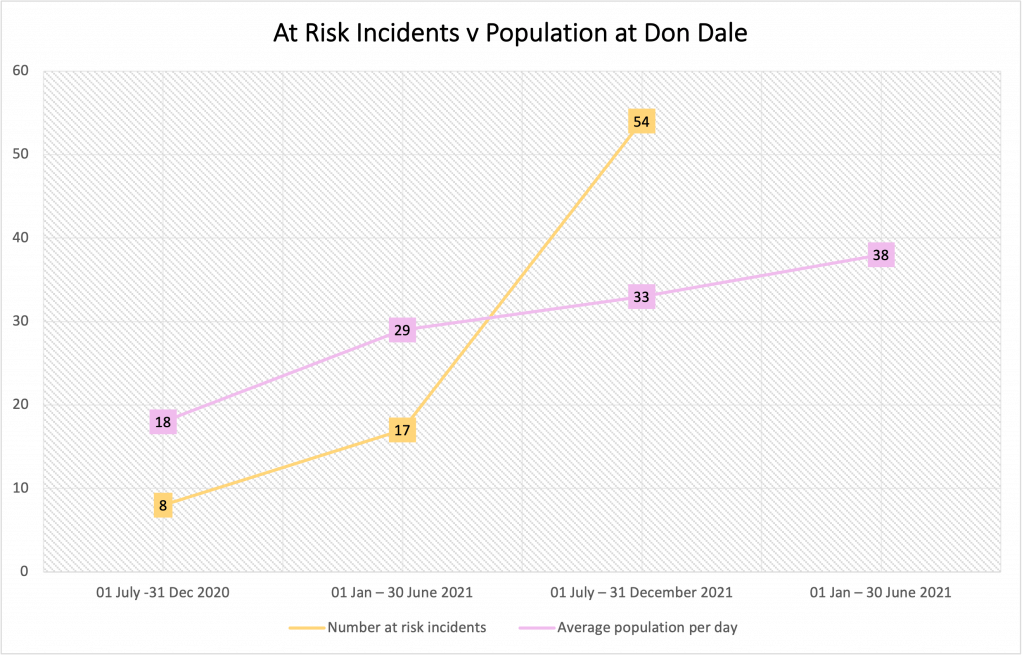 However, figures released by the Office of the Children’s Commission NT show the number of individual children entering detention in the NT has grown by 200 per cent in two years.

“There is a high risk … and it is happening right now. The number of young kids with suicidal thoughts and suicide attempts, has just tripled,” Ms Atkins said.

Kids in Don Dale on remand 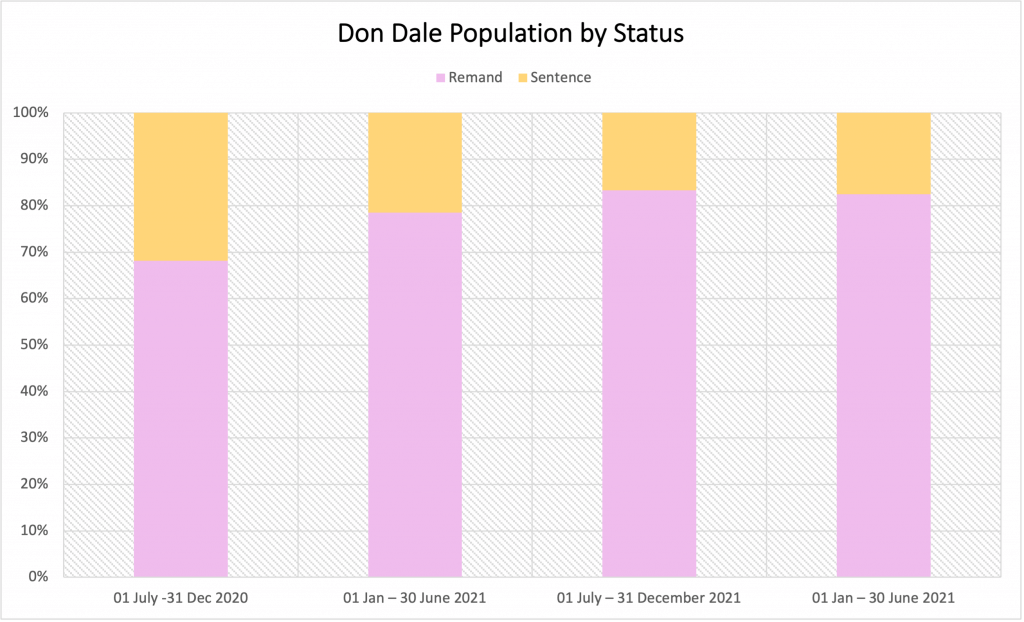 The impact of Labor’s bail laws also led to an increase in NAAJA’s workload and a strain across the youth justice system.

“What now happens is a kid breaks bail because they forget to charge their electronic monitoring device, so police pick them up, call it a serious breach of bail and send them to Don Dale,” she said.

According to NAAJA data a number of children in Don Dale are on remand longer than the sentences. they get, if they ever get a sentence at all.

In conclusion, Ms Atkins has said there are many ways to create a ‘safe community’ without being ‘tough on crime’ and locking kids up.