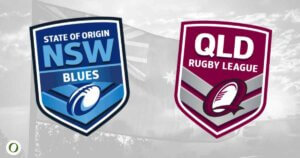 This year, the NRL announced that it would not be including the national anthem in the State of Origin 2020, and within two hours had received public backlash and a personal phone call from Scott Morrison, causing the NRL to backflip on its decision.

Chairman of the Australian Rugby League Commission (ARLC), Peter V’landys, cited that the backflip was due to an engagement with the public’s reaction to the move.

“However, having listened to the public response and given the strong national unity in fighting the COVID pandemic together, the commission has decided it is important to ensure that unity continues,” he told the ABC.

“We have always been a commission that listens to our fans. We have heard the message and acted accordingly.”

Josh Addo-Carr, Cody Walker and Latrell Mitchell proudly stayed silent during last years anthem, which was supported by their team and coach.

NSW Coach Brad Fittler said his players did a “great job in expressing how they felt”.

During the Indigenous round this year, the ARLC ditched the anthem, citing that the “words of the anthem do not represent them or their families.”

Back in 2017, the ARLC played the original version of the national anthem, as well as a re-worked version during the Indigenous Round.

Indigenous ARLC member Chris Sarra told the ABC that “as a game, we want to lead in this space”.

“We have embraced diversity and want to give Australia a glimpse of what a positive, more inclusive future looks like,” he said.

“Anyone who is content to leave people at the margins, they must be girt by ignorance and a lack of compassion.”