Growing up in one of the roughest streets in Redfern, in inner city Sydney, Kamilaroi man Jeffrey Morgan was always cautious of the life paths he could have ended down. From a young age, Morgan made a conscious effort to look after himself, and encourage others to do the same.

Today, Morgan is the creator of a successful online fitness enterprise “The Jeffrey Morgan Lifestyle Program“. He’s hosted his own show on NITV, and worked in consultancy roles for major government and sporting bodies.

Brent Simpson is joined by Jeffrey Morgan in episode two of the new season of The Clink.

From Walgett to Redfern 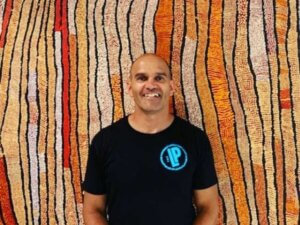 Originally from Walgett in New South Wales, Morgan grew up in Eveleigh Street in Redfern during the ‘bad years’.

He saw a lot of health issues around him as a kid and became passionate about changing peoples perception on how they looked at health, including about drug and alcohol issues.

Both of Morgan’s parents passed away from cancer, one brother from suicide and another from a preventable health issue. The grief drove Morgan to learn more about the human body and how to get the most from it.

“In our community, so many uncles and aunties sit around on their last legs at 40 and 50 years of age and that’s crazy,” Morgan told The Real.

To hear more about Jeffrey Morgan’s journey, listen in to The Clink – available on apple podcasts, Spotify and wherever you get your podcasts.