The Queensland Government‘s latest knee jerk reaction to a spate of tragedies leaves already vulnerable children in an even more vulnerable position.

A young couple tragically died near Brisbane when a 17-year-old was driving a stolen car whilst intoxicated. Another young woman was killed when a vigilante attempted to chase down a car that had been stolen. The people allegedly responsible for the stolen car were two 18-year-olds and one 17-year-old passenger, the vigilante that hit the woman that died was 25.

These incidents created a tsunami of community anger. Fuelled by tabloid media and the police union, the Government introduced reactive laws that will create more problems than they will fix.

Youth Affairs Network of Queensland director Siyavash Doostkhah told 7am that these new laws will only harm more vulnerable children.

“This is a pipeline to adult prisons, to a lifelong criminal career,” he said.

According to Doostkhah, the Police Union has been calling the shots on these new laws.

“Police are calling the shots and they’ve been running a very strong campaign. This is nothing new. The police union has historically been one of the most powerful institutions in Queensland. Both sides of politics have danced to the tune of the police union. They are very afraid of the union power and how it can have a direct impact on political fortune,” he said.

“When the Premier said after these events that everything was going to be on the table we were interested as a community youth sector to participate in that process.”

“But unfortunately the Premier didn’t open her door despite approaches by the community sector we were excluded from that community process… So instead of working with the youth sector in dealing with youth issues, the government has been focused on working with the police and expanding the criminal justice system,” Doostkhah stated.

Chief Superintendent Brian Huxley from Cairns Police told the ABC that the spate of crime was not acceptable.

“Some of the kids are as young as 11 years of age … they’re stealing cars, they’re breaking into people’s homes, they’re robbing people, it’s a bloody disgrace,” he said.

“Locking them up, I think for some of them it’s very good because it does give them that stability and gets them out of the system … but in the short term for other offences, the idea that we would be just locking them up and throwing away the key, that’s actually not the answer.

“No-one wants to see young people falling foul of the law but at the end of the day, these people are out of control,” Huxley stated.

Children that need someone to care 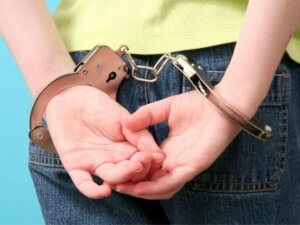 The common thread through youth crime are often children who are neglected by their communities and the government.

After working with youth for three decades, Doostkhah knows that these laws will have no effect other than to lock up more children.

“I’ve spent the last 30 years working with these children, young people and their families and communities and I’ve seen various ministers come and go. There is a cohort of young people that have nothing of value in their lives, and they also don’t value their own lives. This is unfortunately what our society has created,” he said.

“We can’t see why the Premier isn’t doing what she should be doing which is de-escalating the community tension, de-escalating the anger and trying to educate the public using these unfortunate tragedies to inform, based on evidence, that if we want to make our communities safer we have to do something different rather than putting these kids in prison.”

“We need a government that actually is brave enough to move away from focusing on a criminal justice response as the only way to deal with youth crime, and to see these young people, these children not as terrorists, not as aliens that come from somewhere else. These are the children that our own society ourselves. We have created them. All they’re doing is being a mirror and shining back to us what our society is. If our society is neglectful and don’t care, that’s what shines back into our eyes.”

O’Brien Civil and Criminal Solicitors are specialists in Children’s Court. Please contact us if your child has been in conflict with the criminal justice system.