Women are speaking out about the conditions of a rehabilitation centre in Sydney where leaders follow the fundamentalist Christian practice of speaking in tongues. 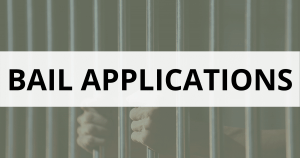 As part of bail conditions, those often suffering from addiction go into a rehabilitation centre as a way to attempt to curb their addictions and to avoid going into prison.

However, there are no regulations and no oversight bodies which watch over these rehabilitation centres.

For example, women like Rania Bazzi have  gone to a rehabilitation centre in Sydney’s outer west, called The Healing House, as part of bail conditions.

“It was an absolute nightmare. I was mentally more sound in jail. I asked to go back to jail,” Rania told the ABC.

The Healing House has no staff, nor any qualified medical or mental health professionals on-site. Residents experience religious teachings and online videos as part of a “Christ-centred Structured Recovery Model.”

If you fail the program, you can face going back to prison.

Principal Solicitor Peter O’Brien feels appalled at the lack of regulatory oversight on these centres. Especially when they’re being imposed on vulnerable people with prison looming over their heads.

“Courts should insist on regulatory standards if they are going compel people into programs with the threat of the alternative being imprisonment,” he said.

The founder of The Healing House, born again Christian Meredith Raymonde, established the centre as a refuge for women who are victims of domestic violence. One year later it transformed into a rehabilitation centre for women needing a bed as part of their bail or parole conditions.

The Healing House is a registered charity and charges around 80% of the women’s Centrelink payment.

It now has four houses across south-west Sydney.

“Flies stuck to all the benches”

Francis Loy was the Healing House’s first resident and registered shock at the conditions.

“When I first walked in [to the Healing House] I was just gobsmacked. The filth and the dirt in the place was just unbelievable,” Francis told ABC Investigations.

“There were kids running around. There were flies stuck to all the benches in the kitchen. There was plates and dish washing that hadn’t been washed and half-eaten meals, half-cooked meals. The fridges were disgusting.”

Additionally, Francis Loy told the ABC there were no formal drug and alcohol rehabilitation programs. Instead, they preach the value of turning to God.

One part of their teachings was subjecting the women to YouTube videos of “Joel’s Bar Drunken Glory Broadcast“, where an American preacher imitates being in a state of intoxication on God.

No regulations for those wanting to run a rehab

The rehabilitation sector is completely  without regulation. This means that you, or I, could call ourselves a rehab centre and start accepting clients.

“These are some of the most vulnerable people in our community, and we leave them in the hands of unregulated rehabilitation centres that do nothing for the health and recovery of the individual,” Mr O’Brien said.

However, there is no standard you have to meet, and no oversight body watching these centres.

In conclusion, “The Government and the Judicial system have a duty of care to at the very least provide a regulatory body that oversees rehabilitation centres and set down minimum standards they must meet,” O’Brien said.

O’Brien Criminal & Civil Solicitors insist that the Government and Judiciary lay down regulatory standards for rehabilitation centres as a matter of urgency.