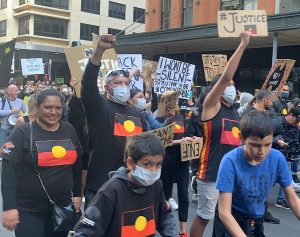 For crimes such as offensive language, offensive conduct or failure to move on, 19% of Indigenous offenders received a jail sentence, compared to 6% of non-Indigenous people.

It’s no surprise that Law Enforcement and Governments unfairly target Indigenous Australians. However, these figures exemplify the discrimination that also sits within the Judiciary.