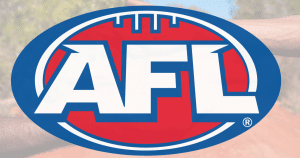 The AFL has decided to sever ties with mining company Rio Tinto after they blew up ancient rock shelters in Western Australia in May.

A senate inquiry into the destruction is currently underway. This week the inquiry heard from the Puutu Kunti Kurrama and Pinikura (PKKP) Traditional Owners, who told the inquiry the blast and loss of rock shelters had caused “immense grief” for them.

PKKP director Burchell Hayes described the moment he found out about the blast.

“I was driving from Port Hedland with four of my grandsons,” he told the inquiry.

“Their presence had a huge impact on how I felt. It felt really terrible as a grandfather to know that I was not able to preserve the heritage that was on loan to me.”

“We feel immense grief, guilt and a sense of failure at not being able to exercise this responsibility to protect Country.”

“We will do our utmost to recover what we can from the rubble of Juukan Gorge. We will make sure that this place forever remains important as an anchor to our ancestors.”

PKKP cultural heritage manager Heather Builth said she reached out to Rio Tinto to request a visit to the site and was told it was to be blown up in two days time.

“They said everything would cease, we would discuss the situation, we were having all these high level meetings and considering the safety aspects,” Ms. Builth told the inquiry.

“At the same time as they were having these discussions they were still loading up the blast holes, but we didn’t know that then.”

AFL decided to sever ties with the company after AFL’s head of inclusion Tanya Hosch consulted with Indigenous people, including the AFL’s Indigenous Advisory Council.