Thousands of First Nations people wake up behind bars every day, including children.

Incarceration Nation lays bare the story of the systemic racism built into our justice system. The documentary is told by First Nations people, experts, academics and those directly impacted by the current criminal justice system.

“Families continue to fight for justice and accountability for the deaths of their once imprisoned relatives, while the calls for solutions which empower Indigenous Australians to drive the change needed get louder,” the host network NITV stated.

The most incarcerated people in the world

Aboriginal and Torres Strait Islander people are amongst the most incarcerated people in the world.

Here are some stark facts:

3.3% of the population is Indigenous

27% of men in prisons are Indigenous

34% of women in prisons are Indigenous

55% of all children in prisons are Indigenous

0 criminal convictions for those responsible

Writer, director and Guugi Yimithirr man Dean Gibson uses the documentary to explore firsthand the devastation by those affected by our incarceration nation.

In the film, interviewees include: 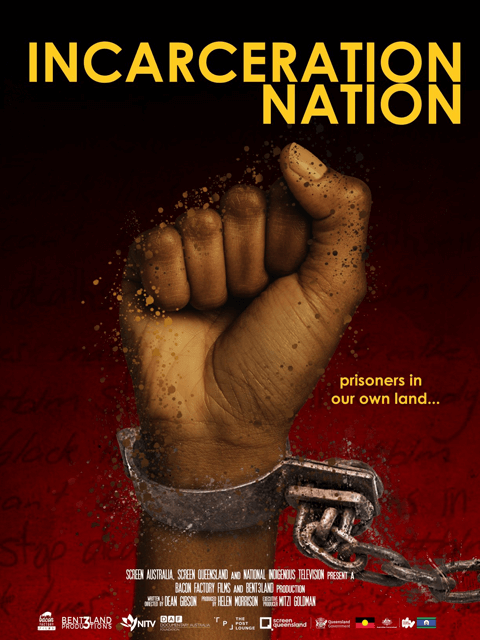 Incarceration Nations reflects on “Australia’s history, and how massacres, child removals, stolen wages, denial of education and over-policing, racism and systemic bias have continued to drive overrepresentation of Aboriginal and Torres Strait Islander peoples in the criminal justice system, and the devastating impact it continues to have,” NITV states.

“For many Indigenous Australians, these are stories we have felt and unfortunately, we have known. The story of incarceration in Australia from a Blak perspective may open an unfamiliar discussion for some, but an important one that needs to be had,” Hepworth says.

“As Australia’s dedicated First Nations broadcaster, our hope is that the voices and stories of those featured, and the many more they represent across Australia, are heard, understood and resonate long beyond broadcast.”

Additionally, NITV will also air a suite of programming that examines the issues around Indigenous incarceration in Australia. For example: