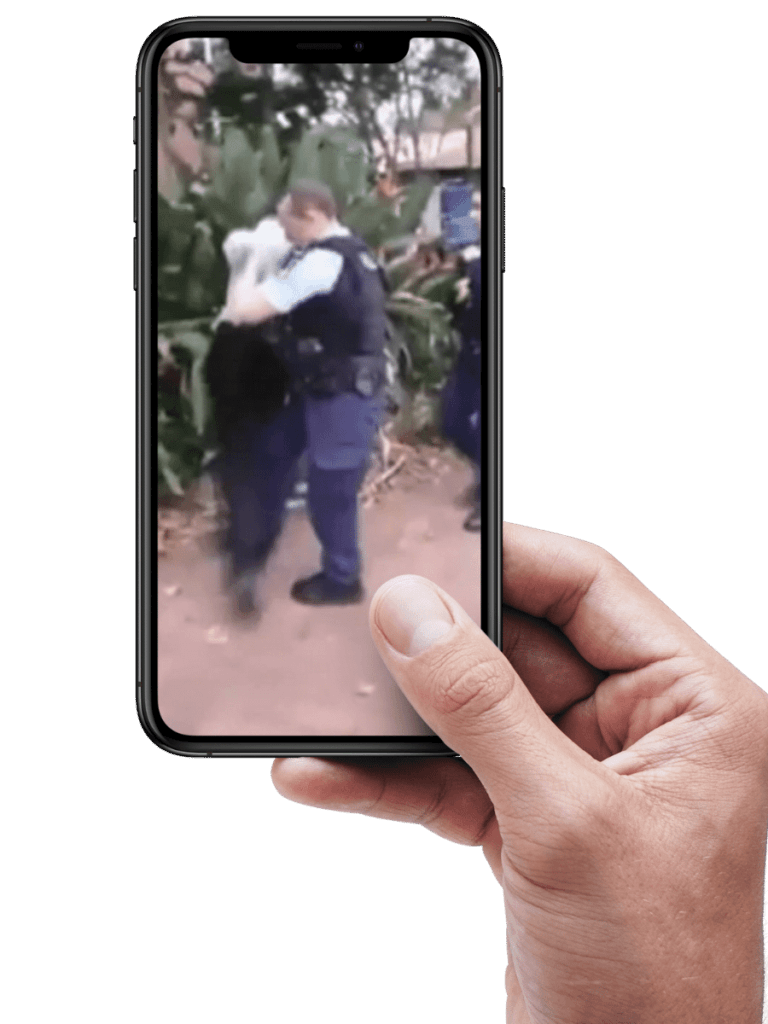 Filming police interactions is one of the best ways to ensure police are accountable for their actions.

In June last year, a NSW Police officer was recorded allegedly assaulting an Indigenous teenager. The video prompted outrage for the officer’s excessive use of force on the minor and the officer has since been charged.

The NSW Police placed the officer on restricted duties after the video emerged. It showed the officer tripping an Indigenous teenager while arresting him, slamming his face into the brick pavement.

One of the boy’s relatives posted the video stating that he was with his friends 100m from his home when police arrested him. The family member stated the arrest was for no reason at all.

The boy had sustained a bruised shoulder, cuts to his knee, face and elbow, and chipped teeth, she said.

Without the recorded film, the incident likely would not have attracted attention and the officer wouldn’t have been charged.

In May last year, George Floyd was murdered by a police officer after the officer knelt on his neck until he was no longer breathing.

Ms Frazier was taking her nine-year-old cousin to a shop near her home in Minneapolis, Minnesota, when she saw Floyd grappling with police. She stopped, pulled out her phone and pressed record.

For 10 minutes and nine seconds, she filmed until the officers and Mr Floyd left the scene. The officers on foot, Floyd on a stretcher.

Ms Frazier’s lawyer said she suffered trauma by what she saw. It was “the most awful thing she’s ever seen”.

Her video, documenting the murder, resulted in one of the most powerful revolutions in the 21st century.

Without this video, George Floyd would just be another black man killed at the hands of the police, and his murderer would free.

The right to film police

Anywhere in Australia you are allowed to record police in public. This is even if they tell you to stop. You can’t however film someone in a private activity or conversation such as using a public toilet or a public change room.

Generally, you can record conversations or activities that are ‘public’ even if they happen on private property.

One of the reasons for recording police is to improve their behaviour and stop harassment. If the police know they are being recorded this may be enough to stop any unwanted or unlawful behaviour. However, sometimes it can anger them.

Even if you have a legal right to do something never put yourself or your property in danger. Always de-escalate a situation by following orders and moving back if requested. Standing away from the immediate action and observing is safer and more effective than using a camera in someone’s face like a weapon.

The police cannot take your phone just because they do not like you recording. There must be a lawful reason for them to take your phone. Police usually need a warrant to search you, your possessions or your property. This includes searching your phone.

Greens MLC David Shoebridge has released stickers for the back of your phone which remind police and the public that you have the right to film police.