In Australia, abortion laws are mandated by each state. There is no constitutional right to an abortion nor any codified Federal protection.

A situation like the sudden overturning of Roe v Wade wouldn’t happen in Australia. However that doesn’t eliminate the risk that abortion safeguards could face erosion.

It can cost hundreds of dollars for medical abortions, and thousands for surgical termination.

Even if you have the funds available, some doctors refuse to perform abortions and don’t refer patients on, despite the obligation to. Meanwhile, some pharmacists might refuse to supply medical abortion drugs.

While Telehealth has significantly increased access to abortions, it doesn’t suit everyone’s circumstances and doesn’t solve access to surgical termination.

The overturning of Roe v Wade not only inflicts on a persons’ choice whether to have a child, but also presents serious and potentially fatal consequences to those unable to have abortions.

Most people won’t know they’re pregnant until anywhere between 4-12 weeks, some even longer. Not all menstruating people have consistent monthly cycles which flag pregnancy. This can be due to health issues (like eating disorders, chronic health issues etc) or contraception (that is never 100% effective). Some people will still get menstruation or break-through bleeding while pregnant.

People with wombs may choose to have an abortion due to financial reasons, personal circumstances, or a myriad of other reasons. All of which are completely valid.

Some may choose to have an abortion where their bodily autonomy has been violated through sexual assault, or abuse.

Other medical reasons for abortions where death is a possibility without treatment include: 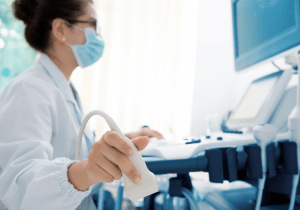 The ACT decriminalised abortions in 2002.

Abortion is legal up to 16 weeks’ gestation and must be performed by a doctor or nurse. After 16 weeks the patient needs to travel interstate.

Abortions can be performed up to 22 weeks, after that two doctors must approve the procedure.

The NT decriminalised abortions in 2017.

One doctor can approve and perform an abortion at up to 24 weeks. After 24 weeks, two doctors need to approve an abortion.

Abortions can be performed up to 22 weeks, after 22 weeks two doctors need to sign off.

From 7 July, abortions are allowed up to 22 weeks and 6 days, after that – two doctors must agree.

Abortions can be performed up to 16 weeks, after 16 weeks two doctors must approve.

Abortions can be performed up to 24 weeks, after 24 weeks two doctors must approve

WA decriminalised abortions in 1998 however has the most stringent laws for qualifying for lawful abortions.

Abortions can be performed at up to 20 weeks with the approval of two doctors. After 20 weeks you require a panel of 6 doctors to agree.

Femicide number one cause of death in US 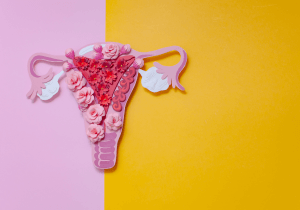 In the United States, pregnant women die by homicide more than pregnancy-related causes.

The researchers found that US women who are pregnant or were pregnant in the past 42 days (the post-partum period) die by homicide at more than twice the rate that they die of bleeding or placental disorders. The latter two are the leading causes of what are usually classified as pregnancy-related deaths.

On the basis of years of study, specialists in intimate-partner violence expect women who are already in abusive relationships to face increased risk of homicide if they become pregnant. Wallace and her co-authors say that about two-thirds of the homicides recorded in their data occurred in the person’s home, suggesting that the woman was killed by her partner.

In Australia, the number one direct cause of death for pregnant women was thromboembolism. The next leading causes of death were obstetric haemorrhage, amniotic fluid embolism, sepsis and hypertensive disorders.

Between 2010 and 2019, 55 women died during pregnancy, and 35 died during or immediately after childbirth.