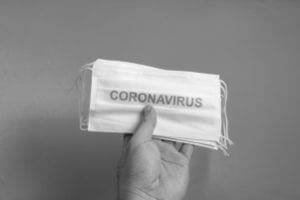 UPDATE: NSW Health and NSW Police have confirmed the guard who worked at Parramatta Local Court last week obtained the virus from a person at the Police quarantine hotel in Sydney.

The guard worked at the Marriott Hotel on the 3rd, 4th, 7th and 8th of August and most likely received it from a traveller returning from the US as the genome patterns on the virus are the same. Those genomes differ from the cluster that began at Crossroads Hotel.

The returning traveller arrived from the US on August 2 and tested positive to the virus on August 4. They were then transferred to the health hotel as per protocol.

Anyone who has come into contact with the guard has been placed under quarantine.

NSW Police state they are working with NSW Health to ensure that safety standards are being met at the police hotel however the Assistant Commissioner stated that “what happened over the last few days is concerning.”

Authorities have confirmed that a security contractor who worked at Parramatta Local Court last week has tested positive for COVID-19.

The Department of Communities and Justice (DCJ) state that the person last attended Parramatta Local Court on Wednesday 12 August and received the positive result on Saturday 15 August.

The Court was subject to decontamination yesterday and will still remain open.

Concerns rise for those in custody who may have been exposed to the virus.

The Security Guard was not undertaking temperature checks, contrary to news reports. All close contacts have been identified, but anyone who was at the Court between 8:30am-12:30pm on Tuesday 11 August or Wednesday 12 August should monitor for any symptoms.

This news comes as the State clocks 3,761 total cases since the pandemic began. There have only been 5 new cases in the last 24 hours.

For more details, refer to the NSW Health website.