Recent defamation cases have set down precedents for the use of Royal Commission material in defamation proceedings, and for determining how different your claim can be from the truth.

I can’t remember exactly what they said – can I still sue for defamation? 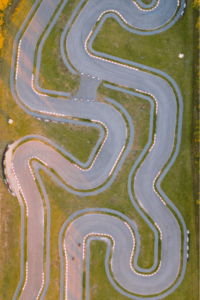 The answer is “yes”. This was the gist of the decision handed down in the NSW Court of Appeal last week. The case was Brien v Mrad [2020] NSWCA 259.

This case involves the President of the North Shore Karting Club, surname Mrad, and a member of the club, Brien.

In 2018, Mrad made some defamatory comments about Brien. Brien believed that Mrad had said something along the lines of :

‘Brien bribed [insert specific persons name here] with a tyre discount in exchange for a vote’.

What Mrad actually said was something along the lines of:

‘Brien bribed multiple people with discounts in exchange for votes’.

The primary judge dismissed the case. The judge stated that the words that Brien believed Mrad used, and the words Mrad actually used where too different from each other to constitute a claim.

What did the NSW Court of Appeal decide?

However, the NSW Court of Appeal disagreed with the primary judge.

The main issue was which test should the court use when deciding if the words the plaintiff believed the defendant used, and the words they actually used were similar enough.

The test they went with was whether the actual language used is “substantially the same as that pleaded” or whether the words used amount to “a material and defamatory part of the words complained of”.

When talking about words ‘pleaded’, these are the words that you believe they stated when you filed the claim in court. The second part of the sentence means that if the main defamatory words are the same. This is regardless of the nonessential words in the sentence.

The Court decided in favour of Brien and he received $15,000 in damages and had Mrad pay all of his legal costs.

Can you use evidence tendered in a Royal Commission to go towards a defence of fair reporting? 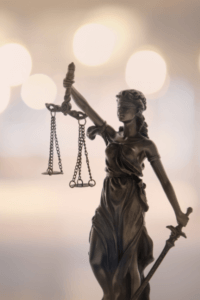 The short answer? Yes. According to the matter of Feldman v Nationwide News Pty Ltd [2020] NSWCA 260.

All three instances were reported online and in print by Nationwide News and Herald Times, and online by SBS.

What did the Court decide?

At first instance, the primary judge rejected the application that this section prevented the inclusion of the evidence. Therefore the evidence was included, ultimately granting the defence of fair reporting to any imputation the judge deemed defamatory.

Feldman then appealed the decision.

On its proper construction, s 6DD was intended to preclude the use of compelled evidence to a Royal Commission against the person who gave the evidence in order to establish their civil or criminal liability.

If you believe that you have grounds to sue for defamation, then contact us now for a free initial consultation.