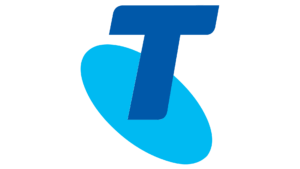 Telstra has admitted it breached consumer law after they sold mobile phone plans to Indigenous consumers who could not afford them and did not understand them.

The telco reached an agreement with the Australian Competition and Consumer Commission (ACCC) after they completed an 18-month investigation into their conduct.

ACCC chair Rod Sims was shocked by what investigators discovered.

“This is huge. This is right off the scale in terms of behaviour we have taken to court in relation to telecommunications,” he told the ABC.

“This is exploiting vulnerabilities in the most extreme sense, it is extremely concerning behaviour.”

A number of financial counsellors in rural and remote areas raised the alarms that consumers were being sold unaffordable plans and then were aggressively chased by debt collectors.

“Sales staff at five licensed Telstra-branded stores signed up 108 Indigenous consumers to multiple post-paid mobile contracts which they did not understand and could not afford between January 2016 to August 2018,” the ACCC said in a statement.

It will be up to the court to determine how much the company should pay, but it’s likely the penalty would amount to roughly $50 million.

One young Indigenous woman from Broome told the ABC that she feared going to jail when she received legal threats from the debt collectors.

The ACCC stated that many of the consumers being chased by Telstra only spoke English as a second or third language.

Many of the consumers were unemployed and on welfare and lived in remote areas where Telstra was the only service provider.

“In some cases, sales staff at the Telstra licensed stores did not provide a full and proper explanation of consumer’s financial exposure under the contracts and, in some cases, falsely represented that consumers were receiving products for ‘free’,” the ACCC said in a statement.

“The problem is that Telstra have decided to instruct their sales staff to sign up poor people to unaffordable contracts that leave them with massive excess data bills,” he said.

“Telstra don’t seem to listen when people say ‘I can’t afford this’.”