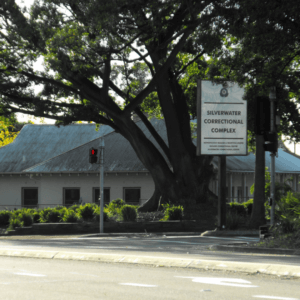 Women in correctional facilities are subjected to routine, and sometimes random strip searches.

Searches are conducted when inmates leave and return to the centre, around contact and non-contact visits and other unspecified times.

A protest is being held outside the Silverwater Correctional Centre tomorrow at 1:00 pm by the Ban Strip Searches in NSW Coalition to rally against the use of invasive and routine strip searches of women in prisons.

While the whole country is watching the response from the Government in relation to strip searches conducted in Qatar, little to no attention is being paid to the rights and dignity of the women in our own backyard.

At the beginning of October, dozens of women including 13 Australians were taken off a Sydney-bound place in Doha and subjected to strip searches in an ambulance. That news received suitable outrage.

A recent report into the Mary Wade Correction Centre by the NSW Inspector of Custodial Services detailed ‘concerning’ strip-searching practices of women.

The report re-iterates that routine strip-searching is “inconsistent with trauma-informed practice principles and less effective that alternative technology-enabled search methods like body scanners.”

Mary Wade Correctional Centre mainly houses women who are on remand. This means that they are yet to have their day in court to determine their innocence or guilt. Despite this, the women are continually subject to degrading strip searches.

Furthermore, the strip searches are only recorded when contraband is found. Which means that we cannot be sure of just how many women this practice is impacting.

During October 2018 and October 2019, no contraband was found on any women arising from strip-searches in Mary Wade, despite the routine invasive searches.

Ninety-eight per cent of women in correctional facilities in Australia have a history of childhood and adult sexual, emotional physical abuse, according to the Women in Prison Advocacy Network (WIPAN).

“Women in NSW are being incarcerated at an unprecedented rate, four times for that of men. By providing gender-responsive social support, recidivism rates are reduced together with the costs to the community,” a statement from WIPAN reads.

“Almost two-thirds of female prisoners are sentenced for minor offences and serve less than 6–months in custody, many serve lengthy periods on remand whilst awaiting trial leaving them ineligible for rehabilitative programs.”

Strip searches are traumatising in and of themselves. However, with the added history of a past abuse trauma, these searches consistently harm the mental health of inmates.

Limits on strip-searches for some prisons

The Justice Department in Western Australia imposed limits on strip-searching at three women’s prisons in the state. That reduction of strip-searching did not lead to an influx of drugs.

This is unsurprising given that the only three per cent of these strip searches are conducted on reasonable suspicion that someone is withholding contraband.

Excessive strip-searching does nothing to eliminate the use of drugs and contraband within prisons and only degrades, humiliate and traumatises the vulnerable members of our society.

“There was no relationship between the volume of strip searches and the number of positive drug tests of prisoners. Nor was there any increase in contraband finds, using other processes, when strip searching stopped at certain facilities. These findings are consistent with research in other countries.”

Almost 900,000 strip searches were conducted on prisoners in the past five years in WA, with only 571 contraband items found.

Not only are strip-searches incredibly degrading, they’re not even the most effective way of identifying contraband that is being smuggled.

Body scanners and x-ray devices used in airports are missing in most prisons. The maximum-security Francis Greenway Correctional Complex (formerly known as John Morony Correctional Centre) near Windsor, began using x-ray technology in 2018 and the new Clarence Correctional Centre has introduced a body scanner, which was even able to detect potential prostate cancer in an inmate.

While strip-searching is likely to still be conducted in certain circumstances, the WA Inspectors Overview states “technology is also likely to exceed, or at least match, the detection rate of strip-searching”.

In one scenario in Western Australia, a man underwent at least two strip searches and multiple pat-down searches. He was later later found to have smuggled in a bullet. A simple metal detector or full-body scanner would have located this quickly and effectively.

1. That routine strip-searching of women prisoners is brought to an end.
2. Corrective services apologizes and compensates women they have assailed.
3. The state government ends the wide-spread strip-searching practices by police in custody, music festivals, and on the streets.
4. Body scanners are introduced to replace invasive strip searches.
Please sign the following petition to show your support.