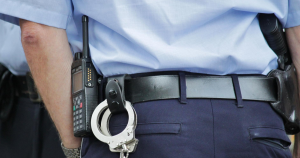 Thousands of people have been left with a permanent police record after strip-searches, despite the searches coming up clean.

Data from Redfern Legal Centre shows that between 2018 and 2020, over 5,500 people had their details recorded in the central police database after being strip-searched. Police found none of those people with anything illicit.

Sixty-one per cent of strip searches in the system known as “COPS” were records of those found with nothing.

Principal Solicitor Peter O’Brien outlined that the entries into COPS mean that thousands are left with a permanent police record which is accessible by all officers in the state.

“Having a police record for being searched and found clean is a complete misuse of police power,” Mr O’Brien stated.

“Having your details recorded in COPS can be dangerous, especially if you are a First Nations person. This can lead to misuse of police discretion and targeting from law enforcement.”

“It’s astounding that so many details end up in the system when NSW Police are required to inform people that if they are searched, and nothing is found, they are not obliged to provide their personal details. Obviously, something is amiss with this policy.”

LECC inquiry: officers told to “do everything possible” to get personal details

The Law Enforcement Conduct Commission (LECC) conducted an inquiry into an illegal strip search at the 2018 Splendour in the Grass music festival. A senior officer who ran the drug dog operation told the Commission that he did not tell officers that they should inform people of their right to refuse to give personal details following a search.

Instead, he told the Commission that he would have “an expectation that [police] would do everything possible, without being too assertive, to acquire their details”.

LECC criticised this practice in their final report into strip search powers by police last year.

“I think it’s quite imperative to find out someone’s identity, because yes, while there is what you would say is an invasion on their privacy having their details, it also goes towards aiding us, as police officers, to find out a little bit more about that person,” the officer said at the time.

He added that it “might be used towards assisting with justification [for a search]”.

For that reason, the LECC recommended police “should not record the name” and details of a person following a search “unless a relevant offence has been detected”.

A history of strip search disasters

The LECC’s report adds to a proverbial Greek Chorus of often-young individuals experiencing ‘traumatic’, ‘degrading’ and ‘humiliating’ strip searches at the hands of the NSW Police.

If you have been the subject of a potentially unlawful strip search or other police misconduct, O’Brien Criminal and Civil Solicitors are able to pursue your possible claim anywhere in Australia. Please don’t hesitate to contact us today on 02 9261 4281 or by email at