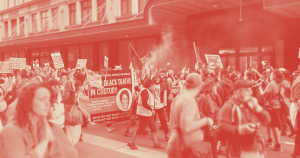 The Victorian Coroners Court has announced it will fast-track investigations into Indigenous deaths in custody as part of an  overhaul.

The changes announced include:

These changes are designed to create a more culturally appropriate system and to give grieving families a greater voice.

The Victorian Aboriginal Legal Service (VALS) has stated that the new changes will require more work from the already underfunded body.

The new directions require the Coroner’s Court to contact VALS within 48 hours of death so they can inform the next of kin of their rights. They will also need to hold a preliminary directions hearing within the 28 days. This additional work for VALS will be added to the pile of work that is suffering neglect due to poor State funding.

“VALS is best placed to provide culturally safe legal services at this crucial and traumatic time for Aboriginal families, and recognition of this in the practice directions should be matched with sufficient government funding so we can do this important work,” VALS CEO Nerita Waight told the Guardian.

A band-aid solution for black deaths in custody? 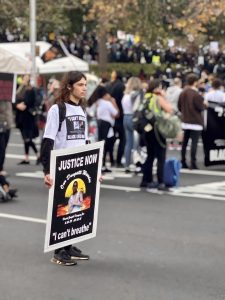 While the Coroner’s Court should receive commendation on its initiative, the solution to this issue is far larger than just a culturally appropriate investigation after the fact.

To prevent deaths in custody, serious reforms need to take place within the criminal justice system.

Custody should be seen as a last resort in arrest and sentencing. Institutionally racist laws need to change to limit the amount of discretion officers have where they can blatantly discriminate based on racism. The treatment of prisoners and their access to rights also desperately needs improvement.

A five-point plan suggested in an open letter from more than 300 criminologists, lawyers and other academics across Australia pushes for justice reinvestment.

“Nothing short of substantive structural reform that empowers Aboriginal and Torres Strait Islander people is enough to address the problems of racism, over criminalisation and over-incarceration that our communities face,” he said.

The new measures from the Coroner’s Court will culturally support family members. However, so much more needs action in order to actually prevent these preventable deaths.

If you’ve been assault or mistreated in custody or by police officers, contact O’Brien Criminal & Civil Solicitors for a free consultation on 02 9261 4281 or