A women’s rehabilitation centre in Perth is likely to become insolvent after abuse claims surfaced.

Former residents of the Esther Foundation claimed they were subject to abuse including withholding food and medication.

The Foundation has links to the Pentecostal church. Prior to the 2019 election, the Federal Government gave millions in grants to the centre.

Aboriginal residents “possessed by the devil”

According to a 15-part investigation by Crikey, girls as young as 14 were subjected to exorcisms and hours-long prayer meetings to drive out “demons” as treatment for addiction and mental health issues.

Aboriginal residents of the Foundation state they were denied the right to practice their culture, likened to “being possesses by the devil”.

Mothers in the progream were asked to give guardianship of their children to the facility’s staff. 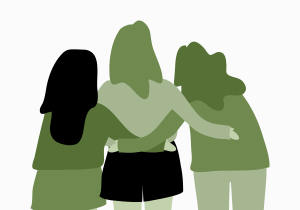 Multiple residents have claimed they were also sexually abused in the centre.

One former resident stated she was serially abused between the ages of 13 and 15.

Her allegations include that a senior employee shared alcoholic drinks with her before later coming into her room. He then removed her pants as she lay on her bed.

“He began kissing my stomach. That’s when I ran,” she said.

She was 15 years old at the time, vulnerable and with no stable home to go to.

The same employee is also alleged to have confessed to a closed meeting of senior Esther workers that he had sexually abused another then-15-year-old resident. 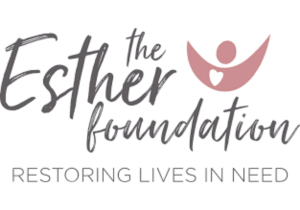 The Esther Foundation confirmed it has entered administration on 20 April. The Foundation blamed a “media campaign” which is said caused significant reputational damage.

“Our funding base has reduced to the extent that we are likely to become insolvent in the very near future and accordingly under law, we cannot continue to operate,” the Foundation said in a statement on their website.

“The predicted outcome of this administration process will be the closure and winding up of the foundation.”

The Administrator said donations had been withdrawn from the foundation in light of the negative publicity.

He said the limited remaining funds appeared sufficient to keep the centre open for several weeks.

“As a consequence, no current resident will be required to vacate in the near term, unless of course they elect to do so voluntarily,” he said.

The West Australian Government says it is also aware of allegations of sexual assault and other criminal offences at the centre.

She told parliament her office had received dozens of serious complaints, spanning from 2004 to 2020.

They included Aboriginal residents being denied the right to practice their culture, likened to “being possessed by the devil”.

The committee will not investigate alleged criminal actions but will focus on the regulation of the facility and other similar institutions, and the organisation’s response to the concerns.

As part of bail conditions, those often suffering from addiction go into a rehabilitation centre as a way to attempt to curb their addictions and to avoid going into prison.

However, there are no regulations and no oversight bodies which watch over these rehabilitation centres. Essentially, anyone can run a rehab centre.

Principal Solicitor Peter O’Brien is appalled at the lack of regulatory oversight on these centres. Especially when they’re being imposed on vulnerable people with prison looming over their heads.

“Courts should insist on regulatory standards if they are going compel people into programs with the threat of the alternative being imprisonment,” he said.

“These are some of the most vulnerable people in our community, and we leave them in the hands of unregulated rehabilitation centres that do nothing for the health and recovery of the individual,” Mr O’Brien said.

The Foundation described the allegations as confronting and distressing.

“We sincerely and without reservation apologise to these women and any others who have been hurt or have experienced abuse in any form,” the statement said.

The foundation does not receive operational funding from the state government but was provided with two properties under a peppercorn lease.

That arrangement is being reviewed.

If you or someone you love suffered abuse as a child in an institution, you may be entitled to compensation. Contact us for a free, confidential consultation with a solicitor.