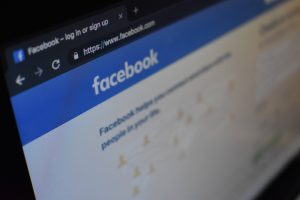 Privacy should be about protecting and individuals secrecy, but instead has become about transparency and creating a sense of false security. ‘Privacy Awareness Week’ (PAW), which ran from the 4-10 May 2020, is a global campaign highlighting the importance of privacy and raising awareness for public sector agencies about how to protect the personal information of the people we serve.

It is an important time to review and bring light to some of Australia’s increasing breach of privacy concerns both through online social media platforms and the COVIDSafe app during this unprecedented pandemic.

There are currently many Australian privacy principles which govern the standards:

However, despite so many regulations there are still many issues surrounding ‘privacy’ or lack-there-of when using social online platforms.

COVIDsafe app: is it as watertight as it needs to be for user privacy?

Australia’s COVIDsafe was released in the effort to make it easier and more accurate when tracking down people who may have contracted the virus from an infected person. In order to do this the app maintains a log of Bluetooth connections a person’s phone makes with the phones of those they have come into contract with, making it easier for health authorities to trace potential Covid-19 cases, storing the data for 21 days of each person you have been in close contact with for at least 15 minutes.

This presents issues over safety and privacy concerns as in order for the app to work the individual has to have their Bluetooth on at all times, creating risks for privacy concerns as it opens a gateway to third parties tapping into ‘vulnerable’ phones. There are also concerns over the lack of oversight or regulatory body and reporting on its use built into the app, meaning there is no mechanism by which we can see how it is used, or get reports on whether it is effective.

With 2.60 billion monthly active users, Facebook is the world’s largest social media platform, and has been involved in the world’s biggest privacy breach litigation matters. In one instance, it paid a record $5 billion fine to settle privacy concerns in 2019 involving improperly obtaining the data of up to 87 million Facebook users.

This week, Facebook launched a new oversight board that users of Facebook and Instagram can appeal to if they believe their posts have been removed in error. Operating independently, the board will have the final say over whether deleted content can stay up or down, outweighing the say of even Facebook chief executive Mark Zuckerberg.

There is a huge amount of control that the private company has over the privacy of individuals so the oversight board’s main purpose is to determine whether Facebook and Instagram have correctly interpreted their own rules, and whether those rules align with international human rights norms. But is this enough to protect the rights of privacy protection and security against individuals liberties when using social media?

If you, or someone that you know, has suffered from a possible privacy breach, then please contact O’Brien Civil and Criminal Solicitors using our contact form or by calling 02 9261 4281.