Greater Sydney is under stay-at-home orders, fighting a recent outbreak of the deadly COVID-19 delta strain. However, NSW Police still have their drug sniffer dogs out.

Last Thursday, a drug detection dog was doing its thing at Campbelltown railway station, checking essential workers for any trace of illicit substances.

While the state follows medical advice for coronavirus, the NSW Police seem to turn a blind eye towards how ineffective the war on drugs approach is. 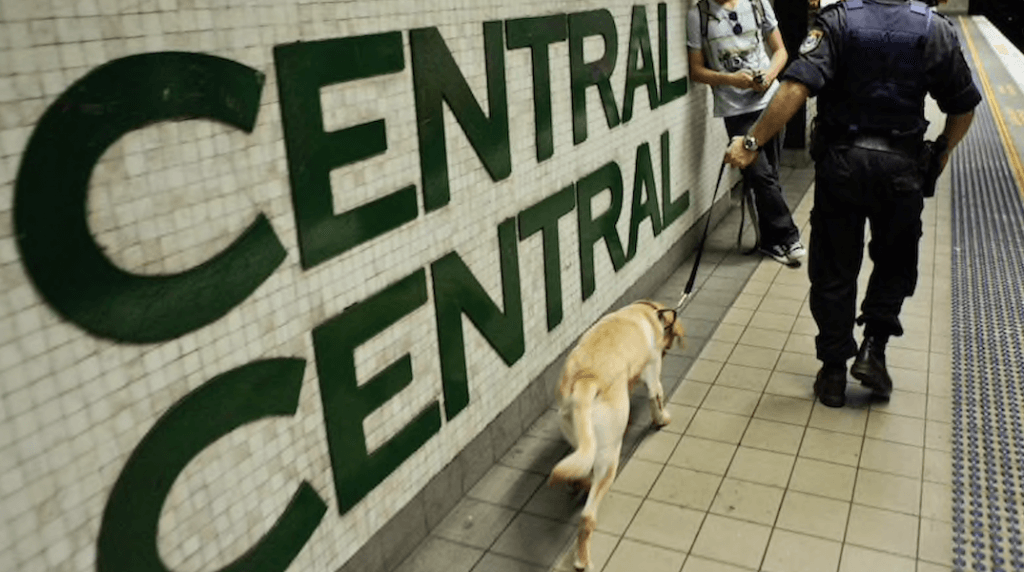 Sniff Off, an initiative by Greens MP David Shoebridge and the NSW Young Greens, alerted the public to the dog on their social media.

In an article last year speaking to the issue, Sniff Off spokesperson Xiaoran Shi expressed frustration with the decision to continue with sniffer dogs during the pandemic.

“It’s disgusting that the Berejiklian government is wasting public money on confiscating a couple of joints at train stations, when those funds could be used to literally save lives,” Ms Shi made clear.

The social justice advocate added these funds could be better spent.  She said that they could go to “providing a safety net for workers made jobless by the lockdown or on much-needed medical supplies and hospital beds”.

Over a million searches

The NSW police have undertaken almost 2 million searches since 2013. And they continue to search even during a global pandemic.

Despite this, NSW Police Minister David Elliott said that he’d want his own children undergo a strip-search. He justified this by saying “if I thought the police felt they were at risk of doing something wrong”.

On the other hand, “We’ve got young women, victims of sexual assault, being required to strip by heavily armed police officers for a scheme where 66.1% of searches find nothing,” Shoebridge stated.

“For many of these people the “reasonable grounds” the officer had to strip search them was that they were attending a music festival, or catching a train. That’s just not good enough.

“It shouldn’t be controversial to say that people should not be strip searched by heavily armed police officers unless there is a bloody good reason.

If you have been searched by NSW Police, contact O’Brien Criminal & Civil Solicitors to discuss your rights.