QLD Police Union boss Ian Leavers has issued a defamation letter to an academic alleging he was defamed on Brisbane radio.

Leavers sent a Concerns Notice to Professor Kerry Carrington, one of the leading experts on policing of domestic violence in Australia.

It is alleged that Carrington made defamatory comments about him on Brisbane radio station 4BC.

Carrington appeared on 4BC in March, a day after she gave evidence at the inquest of murdered Logan woman Doreen Langham.

She was provided access to the entire coronial file.

Additionally, she received permission from the Deputy State Coroner, Jayne Bentley, to speak publicly about her evidence.

Carrington criticised the QLD Police Union in her interview with 4BC host Neil Breen. “At the core of that failure [in domestic violence cases] is police culture – a police culture that has been protected very much by one of the strongest police unions in Australia.”

“And that is a huge problem and that problem is, I think, one of the key problems in why the QPS can’t say … ‘We’ve got a systemic issue here, we need to move on’,” Carrington said.

Breen then asked, “Are the police union getting in the way here? Are they trying to create an easy road for police officers to do their job? Make it easier for them?”

Carrington replied: “That’s my personal view, but I think you’d better ask Ian Leavers what his position is on it.”

Leavers’ claimed that the comments by Carrington falsely conveyed the meaning that he and the union protect and promote a police culture which covers up shortcomings in the police service, “which has resulted in the violent and gruesome deaths of domestic violence victims”. 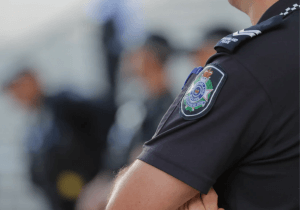 Earlier this month the Queensland Government announced a four-month commission of inquiry into “cultural issues” within QPS related to investigation of domestic violence.

The Queensland police union and Leavers, initially fiercely opposed the idea of an inquiry, after it was recommended by the state’s women’s safety and justice taskforce.

However, this week he said he had changed his mind since giving evidence at the inquest into the death of Hannah Clarke and her three children.

“We have now formed the view that the inquiry will present a real opportunity to continue to push for genuine reforms that the QPU has been seeking for some time,” he said.

According to The Guardian, neither Carrington nor QUT would comment when the Guardian Australia approached them . It is understood Carrington stands by her comments and rejects the suggestion they were defamatory.

On the other hand, audio of the interview on the 4BC website has been edited to remove the section that was the subject of the complaint. A spokesman for the station said it had reached a settlement with Leavers that was “subject to confidentiality”.

Guardian Australia also contacted Leavers, who sent a response marked “not for publication”.