NSW Attorney-General Mark Speakman has released a media statement in relation to amendments to the Civil Liability Act 2004 (NSW).

For months we have been advocating to remove restrictions on children who were abused whilst in the care of the NSW Government in custody.

“Today’s Civil Liability Amendment (Child Abuse) Bill 2021 will allow survivors impacted by these legal barriers to have the same access to justice as those who brought a claim after the Government’s 2016 and 2018 reforms.

The Bill will also remove restrictions on personal injury claims for survivors of child abuse that occurred in custody.”

We eagerly await the production of the Bill to review the amendments and hope that this amendment can assist in clients receiving the compensation they deserve for the abuse they suffered.

Our full statement below: 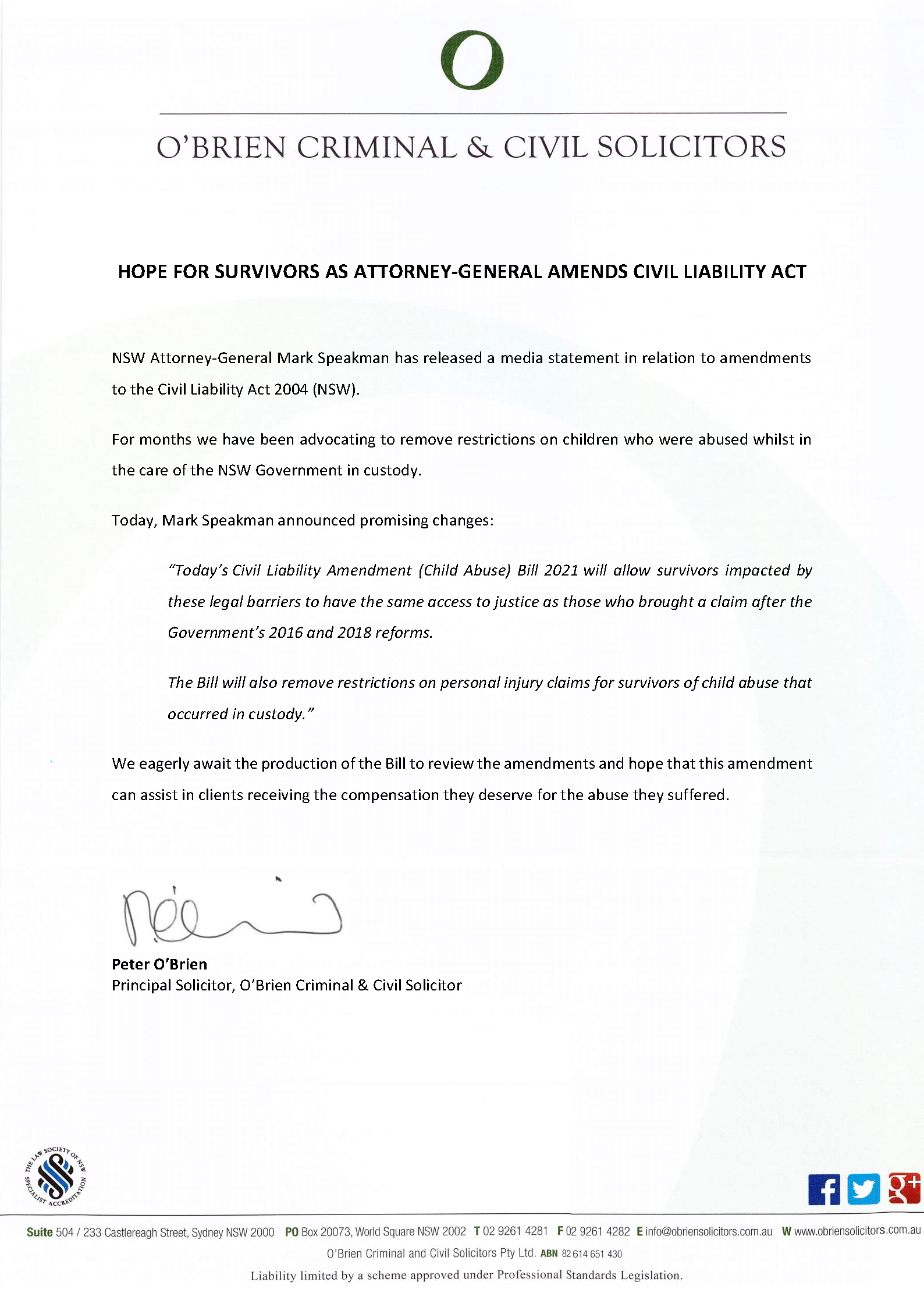