The NSW Upper House has agreed to establish a Select Committee to inquire into and report on the coronial system in NSW.

The Coroners Court is an important and vital process that can significantly impact the lives of many individuals.

However the court hasn’t had a comprehensive review since 1975.

From the Lindt Seige to deaths in custody, the Coroner’s Court investigates all manners of those who have passed in order to determine causes of death, liability, and how best to prevent such deaths from occurring again.

Coroner is one of the oldest systems in western law

The officer of the Coroner is one of the oldest officers known in the English system of law. It dates back to 1194.

Originally, the system was mainly administrative, but over the years the role developed into an investigative one.

If a person was found dead the coroner was notified. A jury then assembled where the jury examined the body. Evidence was heard and the jury’s verdict taken. If a verdict of murder or manslaughter was returned the coroner seized his property for the King.

In NSW, the Coroner’s jurisdiction has been in place since shortly after invasion, on 2 April 1787.

The earliest recorded inquest in New South Wales dates from 1796 in which three magistrates inquired into the death of a convict who had been shot.

From early colonial times, the Coroner’s Court was situated in The Rocks in Sydney. However, in 1970 the court moved to Glebe, and in 2018 moved to Lidcombe.

Approximately 6,000 deaths statewide are reported each year to the Coroner. About half of those deaths occur in the Sydney metropolitan area.

Modernise and improve the processes 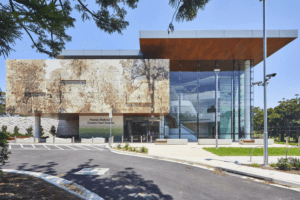 The Select Committee on the Coronial Jurisdiction in New South Wales is set to investigate the processes of the coroner and shed light on any ways to modernise and improve the law, practice and operation of the Court.

The Coroners court has not had a comprehensive review since 1975.

The committee will hear from anyone with views to express about their experiences with the court. The review will attempt to create a better space for culturally and linguistically diverse persons and First Nations communities.

The committee will be chaired by Labor MLC Adam Searle and deputised by Greens MLC David Shoebridge.

The terms of reference for the inquiry include inquiring and reporting on:

(a) the law, practice and operation of the Coroner’s Court of NSW, including:

The committee is set to report by the end of December 2021 and is taking submissions here.