The NSW Law Reform Commission is seeking submissions in relation to:

The review, announced by NSW Attorney General Mark Speakman, covers multiple terms of reference including whether suppression orders can be enforced in a digital era, and whether Twitter should be permitted in the court.

The review asks, on the whole, whether the current arrangement in relation to access, publication and disclosure of court information strikes the right balance between a large number of competing factors. The factors in consideration for this balance include:

“Open justice is the principle that ‘justice should not only be done, but should manifestly and undoubtedly be seen to be done’,” the paper states. 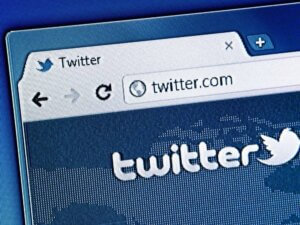 Key questions asked by the Commission include whether suppression and non-publication orders can remain effective in the digital environment. And also whether there are any appropriate alternatives.

The last review in 2003 took place years before Twitter was even hatched. The review in 2003 had no idea how accessible information would be, and how laws rarely meet the evasiveness of the Internet. From live-tweeting courts whilst in session, to anonymous users overseas breaking suppression orders with the click of a button, the current review has many factors to take into consideration when balancing these interests.

The consultation paper notes that social media has ultimately changed the landscape in which open justice operates.

“Because social media platforms generally do not recognise national boundaries, shared information can reach audiences across the world. We saw this in 2018 when the suppression order of a Victorian court failed to prevent overseas media outlets publishing details about the conviction (subsequently overruled) of Cardinal George Pell, allowing people in Australia to access that information.”

“Most of the laws that affect access to court and tribunal information were drafted at a time when the media and legal landscapes looked very different to what they do today,” the commission said.

The University of Sydney Policy Reform Project made a preliminary submission to the Commission, alongside multiple other agencies and persons. The reform project noted in their submission the difficulty of enforcing a suppression order in the digital age.

“In News Digital Media Pty Ltd v Mokbel (‘Mokbel’), the court noted that easy access to foreign-based websites has made attempts to protect jurors from contamination difficult, especially when the person responsible for releasing suppressed information is from outside the court’s jurisdiction.”

The Law Reform Commission is taking submissions until 19 February 2021.