In a somewhat surprising move, the NSW Attorney-General has declared that drug policies in NSW are “clearly not working”.

Attorney-General Mark Speakman has proposed laws where those caught with small quantities would be fined, rather than go to court.

The progressive move acknowledges that the current hard-line stance on drug use, the so-called “war on drugs” has been fruitless. 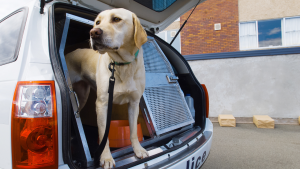 Speakman confirmed that he had put forward a proposal for the introduction of a drug diversion scheme. The new scheme developed from the three-strike system proposed in 2020.

The scheme would see people caught with small amounts of illegal drugs face $400 penalties, rather than face arrest. The laws follows the existing caution system for cannabis possession.

Under this proposal, police would have the discretion to issue up to two fines to an individual. The punishment could then be waived completely if the person undertakes some kind of counselling or health intervention.

A small quantity of illicit drugs under the current legislation is:

The proposal comes over two years after the special commission into ice addiction in NSW.

The scheme is similar to the one already in use for cannabis across the state.

However the Government is yet to properly address the findings of the commission. It’s understood that much of the delay is related to an appearance of being ‘soft on drugs’.

Last week, the Commissioner of the Ice Inquiry criticised the NSW Government. Professor Dan Howard SC said they had shown lack of political courage to respond to the findings.

NSW Premier Dominic Perrottet said in response that there were competing views within the party room. He stated however the government was “very close to a resolution”. 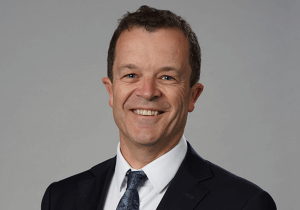 Murdoch-owned tabloid The Daily Telegraph labelled the proposal “radical” and suggested it had already been rejected by cabinet. The story quoted sources citing a fear of going “soft” on crime.

However, Speakman rejected the notion that a diversion scheme would be soft on crime.

He noted that a $400 fine was more than the average penalty for a first-time offender.

“Rather such a scheme would be connecting drug users with appropriate health treatment,” Speakman said.

“This is hardly radical.”

“We already have an infringement notice scheme in place for drugs at music festivals, but without health interventions.”

Re-framing substance abuse as a health issue tackles the underlying uses of drug use.

The scheme rewards those who seek health interventions, hoping to address the reasoning behind the use.

The legislation also acknowledges the difference between addiction and recreational drug use.

“Those working in the criminal justice system – police, prosecutors, judges and lawyers – have long known the current approach is not working,” McHugh said.

“The Ice Inquiry found that criminalising drug use encourages our society “to stigmatise people who use drugs as the authors of their own misfortune” and “turn a blind eye to the factors driving most problematic drug use”.

McHugh supported the drug diversion scheme, stating it was not ‘soft on crime’.

“The Bar Association supports, in principle, the use of diversionary schemes for possession of small quantities of drugs for personal use as swift, proportionate and efficient responses to minor criminal acts committed by those who pose little risk to the community as long as safeguards are in place and diversion is administered by police in a non-discriminatory manner.”

Fine-only offences can be problematic

While the move is a huge step in the right direction, it’s important to note that fines disproportionately affect low income earners or those on welfare. Those with large disposable incomes essentially have free reign to possess illicit drugs as long as they can afford the fine.

The provision to waive fines by attended counselling or other services is a very reasonable acknowledgement of this disparity.

In conclusion, it’s unclear whether the legislation would only allow for a certain number of fines before issuing a court attendance notice, or what the police discretionary factors would be. These factors will be essential to policing these laws equitably.