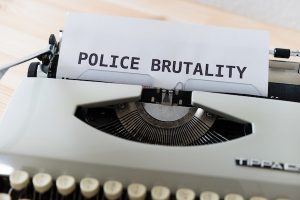 Footage has emerged of police brutality with a NSW Police Officer discharging his taser into the face of Kris Lovelock, a 32-year-old Aboriginal man who was kneeling on the ground with his palms outstretched in compliance.

The footage shows the man obeying Police directions, dropping to his knees and holding his hands out in submission. Lovelock is then dragged to his feet by two police officers, one of whom simultaneously discharged an electric taser into Lovelock’s face from a distance of mere centimetres. The same police officer then appears to taser the incapacitated man over half a dozen more times while he writhes on the floor in pain, using his hands to protect his face from the electric onslaught. When the police officer eventually stops tasering the man, another officer appears to violently handcuff the man, while the other pins Lovelock down with one hand, and continues to brandish his taser in the other.

Lovelock is heard saying “I’m not even fighting you” and “Are you serious?” while being restrained in this way. Two other officers appear to join the scene to help restrain Lovelock, before stopping abruptly nearby, apparently noticing his docility.

Shortly prior to this, Lovelock was walking along Oxford Street in Darlinghurst. Police officers approached and attempted to question him. The police officers allege that Lovelock had ran away from them, before they cornered, brutally tasered and arrested him in a garden in Paddington in Sydney’s inner Eastern Suburbs.

A System of Police Brutality in Sydney

This incident occurred in broad daylight against an unarmed, complicit Aboriginal man who was cornered by two armed police officers. The force inflicted against Lovelock was brutal, uncalled for, and unrelenting.

This incident follows another earlier this month where a police officer was filmed throwing an unarmed 17-year-old Aboriginal boy face-first onto concrete pavement in Surry Hills. Following that footage being released, the relevant Region Commander, Mick Willing, was quick to differentiate Australia from the USA. He stated that he was concerned about that incident, but was “equally concerned about others who may use this footage to inflame it and turn it into something it’s not”.

With yet another brutal attack conducted by Police Officers under the same Region Commander this month, Mick Willing’s implication that Australia’s policing problems are not comparable to those in the USA, is troubling.

As people across the world join in protesting police brutality, especially against people of colour, this incident serves to show that such systematic brutality is still commonplace in Australia.

O’Brien Solicitors is saddened to confirm that these incidents continue to occur, with many of our clients currently pursuing civil claims against the Police for similar instances of savagery and abuse of power.