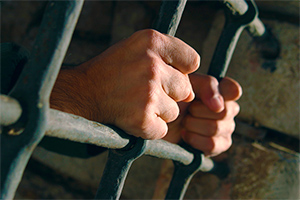 The University of Queensland (UQ) has found a staggering impact on the mental and physical health of prisoners when they go into solitary confinement. This is also known as isolation. Consequently, researchers are calling for an end to the use of such punishment. Some prisoners experience these conditions for years at a time. Some with mental health conditions especially receive inadequate treatment.

“In solitary confinement, prisoners are isolated in their cells for at least 22 hours per day, with little to no contact with others and limited mental stimulation and access to fresh air and natural light,” Professor Walsh said.

“It’s not uncommon for these prisoners to show signs of psychosis, engage in self-harm and obsessive-compulsive behaviours, become hypersensitive to noise or develop a fear of open spaces. United Nations bodies have determined solitary confinement should only be used as a last resort for periods of 15 days or less, and courts worldwide have conceded these conditions may breach fundamental human rights”.

Solitary confinement conditions may not comply with international standards

This makes it evident that although there are minimum requirements for prisoners in solitary, such requirements don’t always comply with the international standards set. Based on that, there is a clear disconnection between the law, policy and practice.

These conclusions come from research in the multidisciplinary report that Professor Walsh, and director and Principal Solicitor of Prisoners’ Legal Service (PLS), Helen Blaber did. They received assistance from a team of UQ students and PLS volunteers. Their key recommendation was to abolish solitary confinement all together. Though, in some instances, a prison may wish for what NSW calls a no association classification. This may be for their own protection.

If you, or someone you know, has suffered disproportionately because of solitary confinement, then contact O’Brien Civil and Criminal Solicitors. Use our contact form or by calling 02 9261 4281.