A Sydney Eastern Suburbs police officer fronted court after police charged him with rape and stalking. 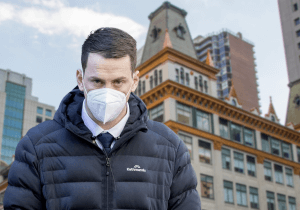 Police alleged Wootton raped one of the women on two occasions. Once in 2014 and once in 2017.

Police arrested him on Tuesday by NSW Police. Subsequently, he got bail.

Wootton allegedly broke into the NSW Police COPS database without authorisation in February this year.

However, police prosecutors said they would not act in this case, suggesting they will hand it over to the Director of Public Prosecutions.

NSW Police have stood Mr Wootton down from duties and his employment status is under review.