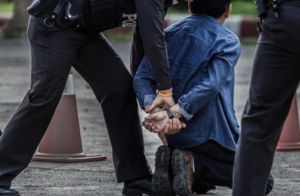 A man was awarded $718,000 after South Australian Police left him with a broken femur

SA Police were prosecuted over their handling of the arrest of Matthew Charles Crossley in early 2013. They were found guilty in SA District Court of  three acts of battery.

The judge included a proposed $3000 in “exemplary damages”, a rare step which “marks the court’s disapproval”.

Judge Sydney Tilmouth stated Mr. Crossley was entitled to resist the arrest with the officers’ failing to explain their reasoning for the arrest which rendered it “unlawful”, adding that officers brutality showed ‘blatant disregard for liberty’.

During the “egregious” and “violent” arrest in Adelaide CBD, police officers used capsicum spray and a leg lock manoeuvre. The leg lock manoeuvre, which should only be used to restrain someone who is thrashing or kicking, was carried out incorrectly as the officer inappropriately applied his “whole body weight”. This broke Mr. Crossley’s leg so badly that a 40 centimetre rod had to be inserted during surgery, leaving him with a lifelong injury.  Additionally, his psychiatrist expressed that he experiences symptoms of PTSD (post traumatic stress disorder), anxiety and depression as a result of the assault.

In a statement, SA Police said they were not in a position to comment on the case.

If you feel as though you have been injured or mistreated as a result of a potentially unfair arrest, please do not hesitate to contact O’Brien Criminal and Civil Solicitors where we can assist in giving you the voice and justice you deserve.