Proposed voter ID laws from the Morrison Government would require citizens to show photo ID before voting in Federal elections.

The legislation has potentially insidious consequences for a system which is not broken.

The Sydney Morning Herald reported the rate of multiple voting in the 2019 election was a mere 0.03 per cent. Further, multiple voting is usually the product of mental health issues or administrative errors, not intentional fraud.

Australian Electoral Commissioner Tom Rogers told a Senate committee in March that his staff were satisfied with existing measures. He described the problem as “vanishingly small.”

On the whole, the Australian Electoral Commission explained that multiple voting is “by and large a very small problem”.

Creating more problems than it solves in the United States

The United States of America have introduced voter ID laws across 34 states including Georgia, Indiana and Tennessee. Seven of those states require one of a limited set of government-issued photo ID, with no exceptions.

According to US-based research organisation, the Brennan Centre for Justice, voter fraud is not an actual issue.

“Fraud is very rare, voter impersonation is virtually non-existent, and many instances of alleged fraud, are in fact, mistakes by voters or administrators,” the research centre stated.

The laws present a disproportionate attack on black, brown, poor, disabled, trans and elderly people. US studies found the enforcement of the laws happens in a discriminatory manner, with minority voters more frequently questioned about their identification.

A 2014 US government study looked at the impact of the Voter ID laws on turnout in Kansas and Tennessee. The laws led to a reduction of two to three percentage points. That means that 100,000 or more people who might have voted didn’t.

In the US, 11 per cent of citizens do not have any government issued photo ID. That equates to 21 million people without the means to vote under voter ID laws. The cost of the actual ID is one hurdle, but underlying costs include:

Legislation about which ID cards are acceptable also presents opportunities for further discrimination.

However, overwhelmingly the laws have no benefit, and huge consequences.

A recent study found that, since 2000, there were only 31 credible allegations of voter impersonation. This was during a period of time in which people cast over 1 billion ballots.

Voter ID laws would be a step backwards for Australia 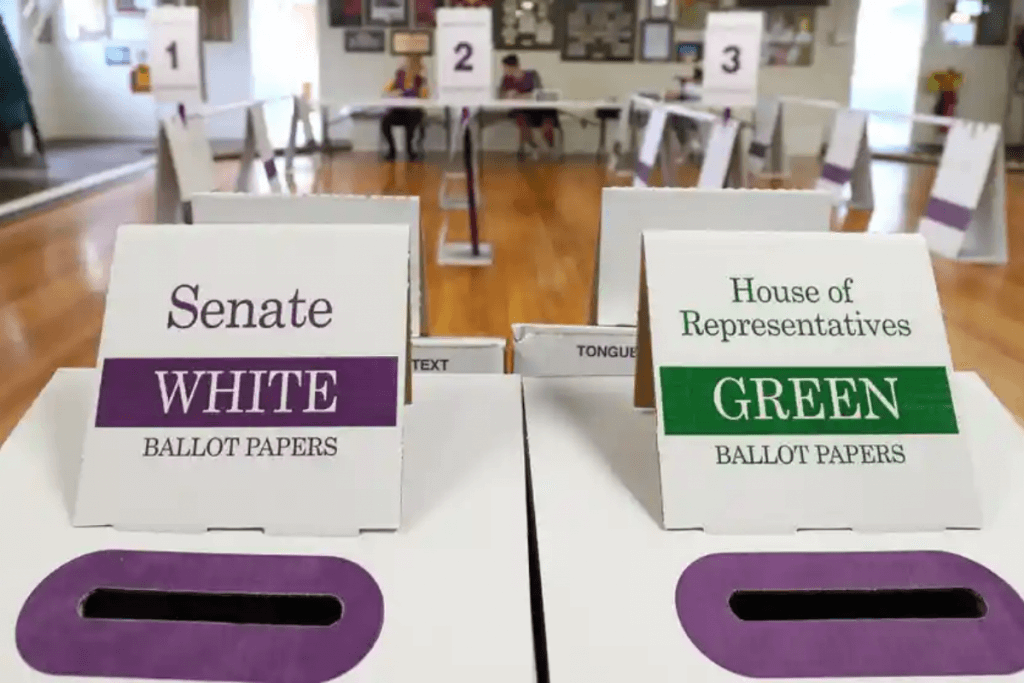 In Australia, Indigenous people often do not possess a birth certificate and can face difficulties obtaining subsequent formal identification. ‘Declaration votes’ provide an alternative for people with insufficient identification. Experts say this involves extra forms and delay, which many would likely avoid.

Similar laws were voted down in Queensland in 2014. Former Aboriginal and Torres Strait Islander social justice commissioner Mick Gooda slammed declaration voting arrangement. He argued the process could cause Indigenous people to feel “intimidated by the requirements to fill in extra paperwork and being treated differently to other voters”.

“It’s unrealistic to think that people without ID, who may have poor language and literacy skills, and perhaps a mistrust of government officials, will be able to fill in a complex ‘voter declaration’ form,” Ms Mills told The Guardian.

Even the notoriously incoherent Bob Katter called out Morrison for pushing such a bad law.

“This is blatantly racist and will prevent First Australians living in the community areas from voting,” Katter stated.

In conclusion, should the Morrison Government have real concerns with voter equality in Australia there are other ways they can approach the issues. For example, some suggestions include campaigning to increase voter enrolment and provide more funding to the AEC to provide more accessible voting education and voting booths.