Five men have won $60K in awarded legal costs in their criminal matter after Police brought the charges ‘without reasonable cause’.

NSW Police earlier conceded that there were no reasonable cause to bring the charges and agreed to pay costs.  However, they argued that the costs requested were manifestly excessive.

The matter went to Parramatta Local Court for a costs decision in front of Magistrate Greg Grogin. 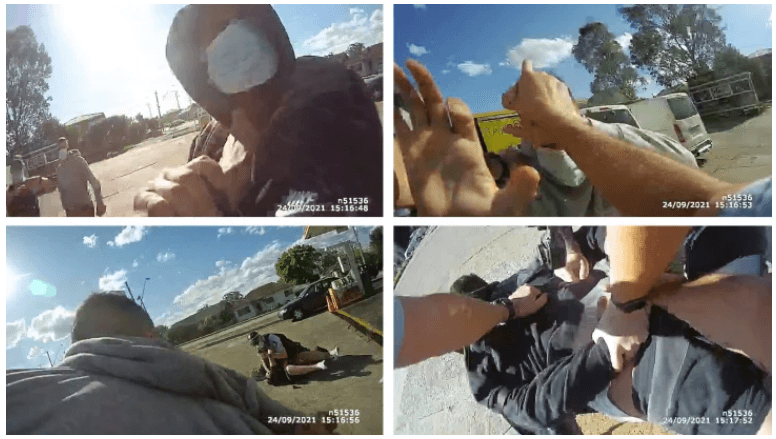 Two of the men had just purchased disposable face masks at a petrol station when police entered. The officers then arrested them for failing to wear masks.

The men questioned why they were under arrest. Officers from Strike Force Raptor wrestled the pair to the ground, calling for assistance.

The three remaining men approached officers to criticise them for the arrest, and were subsequently arrested by other officers.

All five were charged with various offences including:

The police body-cam video showed a different version of events than pleaded by police, according to Magistrate Grogin.

Magistrate Grogin said it was “abundantly clear” there was a “major” discrepancy between the body-worn video and the officers’ claims.

“It would be obvious to anybody involved with the criminal law… the reason why these charges were withdrawn,” he said.

“To say that the video showed nothing but a very serious physical altercation between police and the defendants would be an understatement.”

Initiated without reasonable cause

Police earlier conceded there was no reasonable cause to bring the charges. They also agreed to pay costs, but argued the amount sought by the men was manifestly excessive.

On video footage, two Constables from Strike Force Raptor walk into the service station. One officer greets the men, saying “hey brother, how you going”.

“No mask, both you boys,” one officer continued. “You’re both under arrest … can you hop outside for us?”

The officer scolded one of the men for swearing in a public place. A short time later the same officer wrestles with the man on the ground, saying: “you f—ing move, I’ll knock you out c–t”.

Costs can go to successful parties in criminal matters, similar to in civil matters.

A party in a criminal proceedings can apply to the court for the award of costs if:

You will need to show that:

Additionally, the five men may have a claim against NSW Police for assault, battery, unlawful imprisonment and malicious prosecution.

However, the men would have to prove that there was no reasonable cause for the arrest. And as such have it deemed unlawful. The flow on effect means that any physical contact made would constitute an unlawful ‘battery’.

O’Brien Criminal & Civil Solicitors have a large practice in actioning claims against NSW Police for incidents not dissimilar to the above.