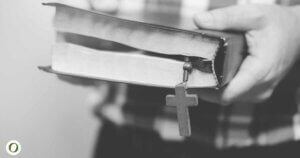 The Anti-Discrimination Bill proposed by One Nation will create legal havoc.

The Public Interest Advocacy Centre (PIAC) made a submission to the NSW Inquiry into the Anti-Discrimination Amendment (Religious Freedoms and Equality) Bill 2020 asking that the Bill not be introduced into law.

From overly broad definitions to unnecessary and unjustifiable limitations on tests, the PIAC slammed the bill proposed by One Nation. They say it “deviates from standard anti-discrimination protections in a number of important and substantive ways”.

The bill prioritises religious beliefs over the rights of others. Privileges are provided to schools, charities and even some commercial businesses to discriminate against others.

More than 80 organisations have come together to also urge the NSW Parliament to not implement this bill. These include:

Illogical bill from start to finish

One Nation NSW Legislative Council Leader Mark Latham urged people to read the explanatory notes to get a full understanding of the bill.

The notes of the bill provide an example of how this bill would work:

“A Satanist requests that a publisher print materials that promote the teachings of Satanism. A Jewish employee of the publisher requests that she not be required to facilitate the order …”

Senior policy officer at the PIAC Alastair Lawrie explains the issues with this logic.

“How would the bill resolve this issue? According to the notes, the employer cannot require the employee to undertake the task if another employee can do the work or “where alternative publishers are reasonably available to facilitate the order”.

In other words, an employee can refuse to perform the core component of their role (in this case, publishing materials) solely on the basis of their personal religious beliefs, even if this means sending the customer’s business to a competitor.

This would give employees the right to veto the decisions of their employer, including what goods and services are offered and to whom.

And what of the customer? In this example, they are turned away by the publisher because their religious belief does not accord with that of the employee, which is surely the type of discrimination that should be prohibited under a genuine Religious Discrimination Bill.“

On the basis of the One Nation bill, employees may refuse to provide goods or services to a wide range of people because of their religious beliefs. This could include:

There would be no way of knowing in advance whether a particular business would refuse to serve you. It comes down to the views of the employee working at the business on that particular day.

Employers will have to choose to either:

A big step backwards for equality

The bill by One Nation would backflip what has been years of work for the protection of minority groups including the LGBTQI+ community.

CEO of Equality Australia Anna Brown understands that more is needed to prevent discrimination based on faith, but that this bill simply does not do that.

“This Bill is a threat to hard-won gains for equality. It takes us backwards and threatens inclusion for LGBTIQ+ people, women, and even people of faith. It’s important that people of faith are protected from discrimination but that cannot extend to a right to discriminate against anyone else.”

CEO of the Sydney Gay and Lesbian Mardi Gras Albert Kruger adds: “The proposed Bill to redefine anti-discrimination law in NSW has serious problems which would create problematic double standards. It would make it possible for faith-based organisations to challenge existing inclusive policies and programs, and would give protection to religious activities which are unlawful – including unfair treatment of minorities.”

The key issue is the lack of balance that this bill provides. As CEO of Women’s Safety NSW Hayley Foster describes: “Although Women’s Safety NSW respects and acknowledges religious freedoms, when it conflicts with such essential human rights, we must weigh up the importance of these, and the way in which they interact and compete with one another. This Bill does not provide an appropriate balance on this basis, placing religious freedom on a pedestal over the rights of women and girl’s health and bodily autonomy.”

This bill involves a range of problems. As outlined by PIAC in their submissions to the Inquiry, these problems include:

The bill put forward by One Nation is a mess in both law and practice.