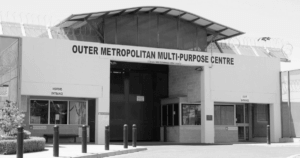 A plaque unveiling at the Geoffrey Pearce Correctional Centre this Thursday in Berkshire Park in Sydney’s Western Suburbs is set to go ahead amidst announcements that all school social events are cancelled.

Yesterday NSW Government announced additional measures to be implemented in schools with restrictions tightening due to an increasing number of COVID-19 cases. These measures include:

This event could possibly put thousands of prisoners at risk of contracting Coronavirus. It is irresponsible for this function to go ahead while NSW Government is banning similar events in schools.

Inconsistency in permitting of events

If we are all in this together, then the NSW Government should ensure consistency and lead by example by delaying such events or conducting them virtually. This is despite no allowances have been given for those protesting deaths in custody.  Yet, events for plaque unveiling (with more attendees than the protests) have been allowed.

O’Brien Criminal & Civil Solicitors contacted the Corrections Minister’s Office for comments this morning and is yet to receive a reply.