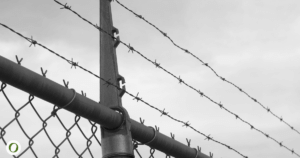 An astounding 40.3% of prisoners in Australia are back in prison within two years of release. We’ve been following The Conversation’s ‘Beyond Prison’ series on issues relating to prison conditions and post-prison release. This blog post summarises the best insights from across the articles.

Rehabilitation as a factor in prison conditions

Ogloff advocates screening for mental illness at all entry points into the criminal justice system. That is, well before the individual enters prison. He also highlights the need for better coordination of follow up care, including what would seem like a basic requirement: ensuring that all prisoners have the necessary psychiatric medication upon release.

Bronwyn Naylor strongly disputes the idea that the recent increase in incarceration rates is driven by an increase in crime. The fact is that crime rates are not uniformly rising. On the other hand, there is a much clearer connection between increased rates of imprisonment and increased levels of social inequality.

Kathryn Snow and Lynn Gillam expose the philosophical inconsistency underlying the current approach to incarceration. For example: they ask why, if prison is for the protection of the community, the state locks up Aboriginal youths for unpaid driving fines?

Their article opens up a bigger question: if incarceration isn’t keeping the community safe from recidivism, then how can we justify a prison system that is causing so much harm to individuals?

If you have questions about Corrective Services treatment of you or someone you know as a prisoner, then contact our lawyers.