The law enforcing offenders included two sergeants, 14 senior constables, and the rank of one unidentified. In a statement to the ABC, Mark Jones, the NSW Police Assistant Commissioner for Domestic Violence, said the matters were ‘taken seriously’ and any employee involved in such allegations will ‘face the full force of the law, the same as any NSW civilian.’

The troubling number of police officers involved in domestic violence lands a blow to public confidence. Law enforcers are expected to comprehend what a victim of DV goes through in their public duty to fight crime and protect society. However, it seems some officers are desensitised to the claims and images of domestic violence they see and hear on-duty, impacting their decision-making beyond the workplace.

In a 2011 Queensland report, negative perception of police behaviour almost doubled since 1999. With concerns of police brutality and abuse of power across the nation, how can we trust our law enforcers when they are committing the crimes?

What is domestic violence?

Domestic violence is behaviour that is violent, threatening, coercive or controlling, causing a person to live in fear within an intimate or family relationship (Ministry of Health, 2016). The significantly under-reported crime can occur in any community and across all cultural groups. It can have serious effects on the physical, emotional, social and economic well-being of the victim and other members of the family including children.

In 2017-18, a total of 28,637 domestic violence incidents were reported in NSW (2017-18 NSW Police Force annual report). Moreover, one woman a week is murdered by her current or former partner on average in Australia (2012-14: National Homicide Monitoring Program report).

Why is domestic violence under-reported?

Domestic violence goes unreported by many of its victims for a number of reasons. These include:

The Commonwealth Government have implemented a number of initiatives under the National Plan to combat domestic violence in Australia:

If you are a victim of domestic violence or charged with DV, contact O’Brien Criminal & Civil Solicitors to assist you with your case at (02) 9261 4281. 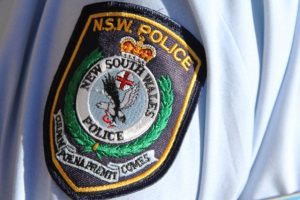