In August 2017, the Myanmar military launched violent attacks against the Rohingya people, an ethnic minority in the country. These “clearance operations” have resulted in an estimated 10,000 deaths and have forced 700,000 people to flee across the border to Bangladesh.

Calls for the prosecution of Myanmar’s top military generals

The Independent International Fact-Finding Mission on Myanmar (the ‘Mission’) was set up by the United Nations Human Rights Council to investigate and report on the Myanmar situation.

The Mission recently released a report condemning the behaviour of the Myanmar military. UN investigators called for Myanmar’s army chief to resign and for him and five other military commanders to be prosecuted for genocide by either the International Criminal Court or a special tribunal.

What is the International Criminal Court (ICC) and can it prosecute the Myanmar military?

The ICC is an international court based in the Hague, Netherlands that has the power to prosecute individuals for the most serious international crimes including genocide, crimes against humanity and war crimes.

However, the Court can only prosecute nationals from countries that have signed up to the Rome Statute that governs the Court, which Myanmar is not a party to.

The ICC judges recently ruled that the court does have jurisdiction to hear the investigation into the Rohingya violence because some of the crimes – deportation of civilians – took place in Bangladesh, which is a party to the ICC.

The ICC ruling has been welcomed by the international community because it allows the ICC prosecutor to announce a formal opening of a preliminary investigation into the matter. But the reality is that an ICC investigation and prosecution, if it eventuates, can take years to complete.

Further, the prosecution of several Myanmar military personnel is unlikely to stop the atrocities that are occurring. The number of deaths and refugees is increasing as each day passes. International politics needs to be put aside, and more pressure needs to be placed on the Myanmar Government to take control of the conduct of its military.

Australia needs to respond to this crisis

It is important that Australia responds to this crisis as a leader in the Asia Pacific region. As a member of the United Nations Human Rights Council, Australia has the capacity to influence an international response. Australia has already been criticised for ‘serious shortcomings’ in its human rights record in relation to its treatment of asylum seekers and refugees, Indigenous rights, and abuse of incarcerated youths. 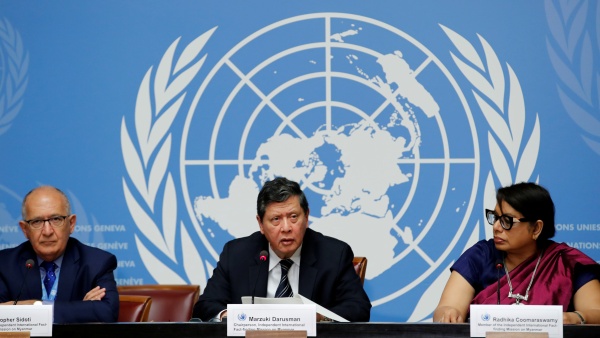