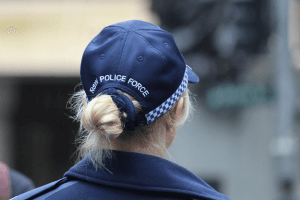 NSW Police remind motorists of the changes to reporting traffic crashes which come into effect next month.

The new streamlined process starts on Wednesday 15 October 2014 as part of a red-tape reduction initiative to better manage crashes on NSW roads.

From that date, police will attend and investigate crashes if it meets one or more of three criteria:

Therefore, drivers involved in traffic crashes where their vehicle need a tow – and none of the above criteria apply – can now organise their own tow and leave the area. Later, they can report the crash to the Police Assistance Line on 131 444.

In addition, drivers will no longer need to report minor collisions to police, even for insurance purposes.

Improved safety as lanes no longer blocked waiting for police

“With only three weeks to go until the new reporting criteria come into effect, it is important for motorists to know whether or not they need to wait for police at a crash site,” Assistant Commissioner Hartley said.

“These changes are intended to make our roads safer and reduce the impact of a crash on road users, particularly the amount of time vehicles are left blocking the roadway.

“By allowing drivers involved in tow-away only crashes to safely make their way off the road to exchange details and organise their tow, we should see a reduction in traffic delays caused by blocked lanes.

“It will also reduce the risk of secondary impact and possible injury to those waiting at the roadside or to another road user.

“In addition, police will be able to re-allocate resources to focus on proactive road safety initiatives, targeted operations and other investigations,” Assistant Commissioner Hartley said.

* From Wednesday 15 October 2014, police will need to attend and investigate crashes that fall into the below criteria:

Police will also attend to direct traffic and deal with hazards or debris on the road, as well as assist with the tow of heavy vehicles.

Currently they attend and investigate:

In such instances if a vehicle requires towing from the scene and no one is injured or under the influence, and all parties exchange details:

However, if motorists exhaust all other options to have their vehicles towed, the Police Assistance Line will be able to provide further guidance and assistance.

* Also, from Wednesday 15 October 2014, reports of ‘minor’ traffic crashes – where vehicles do not require towing – will no longer be recorded by police. Police event numbers will not be issued for these incidents.

A ‘flowchart’ with step-by-step instructions on what to do in a crash will go to motorists with registration renewals. You can keep this document in the glove box.

If you need help with a traffic matter, contact our traffic lawyers today.