The Royal Commission into Institutional Responses to Child Sexual Abuse released its report into the Australian Defence Force (ADF) this week.

The Commission’s discoveries are horrific. 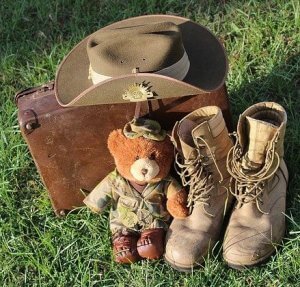 It found that at the institutions investigated, the HMAS Leeuwin, the Army Apprentice School in Balcombe and the ADF Cadets, child sexual abuse was widespread.

These children wanted to serve their country. They placed their faith in the nation’s military to support and protect them as they pursued this dream. When they entered the defence forces they were young and vulnerable. They needed protection.

Instead, many were subjected to shocking and violent sexual abuse. The military did not just fail in exercising its duty of care over the recruits, but actually caused much of their suffering.

The impacts of the abuse, the Commission found, ‘have been lifelong and severe.’

It has become painfully evident during this Commission that victims of child sexual abuse are often not believed. Like in many other institutions, when junior recruits on the Leeuwin reported their abuse to superiors, those superiors silenced or dismissed them.

Evidence before the Commission detailed threats (sometimes carried out) of dishonourable discharge to victims who came forward, and a lack of action taken by superiors in response to allegations. Disturbingly, some witnesses spoke of being told that their abuse was a ‘rite of passage.’

Furthermore, the Commission found that the information that military recruits got, in itself was wrong. The policy guides of the Cadets, for example, incorrectly specified that the age of consent is 14. This is a disturbing mistake, and one that potentially led to abuse of vulnerable 14 and 15 year olds.

We represented a number of witnesses at this inquiry. As much as we lament what they suffered, we applaud their bravery at stepping forward to tell their story. We continue to represent many member of the ADF who experienced abuse as cadets and are now seeking compensation for what happened to them. It is absolutely vital that their cases are not prolonged or delayed, and that justice arrives swiftly and in fair terms.

The experiences and safety of recruits in the military clearly needs improvement. Hopefully this report provides a trigger for such changes.

If you suffered from abuse while in the ADF, contact us. Visit our website for more information.