In a time where child abuse allegations and cover-up scandals are rocking the Catholic Church, the NSW government has made it easier for survivors of institutional child abuse to sue churches. The “Ellis Defence”, which prevented abuse survivors from suing unincorporated organisations for compensation, was abolished earlier this month. This decision came after the recommendations from the Royal Commission into Institutional Responses. The retrospective laws, which are accessible to survivors of past, present, and future child abuse, will now provide those affected with the same access to compensation through civil litigation, no matter what kind of organisation is responsible.

What is the Ellis Defence?

The ‘Ellis Defence,’ which arose from the 2006 case Ellis v Pell, set a legal precedent that prevented abuse survivors from suing unincorporated organisations such as the church and other institutions. The case involved a former altar boy named John Ellis, who was sexually abused at the age of 13 by a former parish priest Fr. Aidan Duggan. Ellis sued the priest, the trustees of the Catholic Church for the archdiocese of Sydney, and Cardinal George Pell. However, the NSW Court of Appeal found Pell and the trustees were not proper defendants in the case as they had no control over Ellis’ actions, and thus were not responsible. Since this decision, churches have been protected behind the Ellis Defence against civil action claims launched towards them. However, the pathway to justice has become easier for victims with the new laws, which requires an institution to identify a defendant with sufficient assets to pay any potential claim. Alternatively, the institution may have the court appoint associated trustees who can access trust property.

The History of Child Abuse and the Catholic Church

Child abuse at the hands of clergy has left a permanent scar of deep pain and trauma for many victims. Statistically, child abuse in the Catholic church peaked between 1965 and 1980. However, abuse claims come to light decades later because it often takes decades for victims to speak out about their experiences. Generally, victims of institutional child abuse begin to speak out about their experiences around their 30s. It is also important to note the long-lasting culture of resignation and complicity in the Catholic church has been heavily condemned by both believers and non-believers. Although compensation cannot cover the significant impact and psychological effects experienced by victims, the new laws provides an opportunity for victims to obtain justice and a sense of closure. 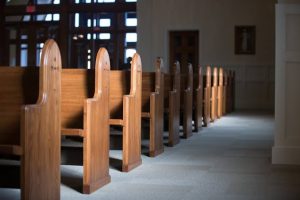