Momentum is gathering in NSW to legalise cannabis for medical purposes. This is hot on the heels of Victorian Opposition Labor Leader Daniel Andrews’ pledge to legalise medical cannabis oil for terminally ill people if he wins the state election in November.

Labor MP Adam Searle, who was part of a NSW parliamentary inquiry into legalising cannabis for medical purposes in May last year, says NSW could actually beat Victoria to the punch on getting the legislation through.

Mr Searle told Government News that the Victorian Opposition Leader’s commitment to asking the Victorian Law Reform Commission for advice on prescribing and regulating the drug with the aim of presenting a bill to Parliament by the end of 2015 if he won the election, was “not quite as radical as it seems”.

Legalise cannabis for diseases such as cancer and AIDS 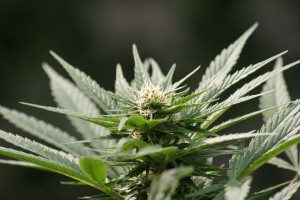 He argued that the NSW might be closer to legalising medical for people suffering from life-threatening, painful illnesses like cancer and HIV/AIDS. This opinion is because the idea received unanimous cross bench support from the committee conducting the 2013 NSW inquiry. The committee’s members included the Nationals, the Shooters and Fishers Party and the Liberals, as well as Greens and Labor.

“Everybody could agree that people with terminal illnesses and their carers were the people who most urgently needed relief,” Mr Searle said.

“I’m very hopeful that the substance of what the committee reported can become law in the near future (in NSW)”.

The NSW parliamentary committee’s report examined the medical safety and success of cannabis, if and how to supply it for medical use and the legal implications of both.

The committee unanimously recommended that pharmaceutical cannabis be available to terminally ill people under the Pharmaceutical Benefits System.

Another recommendation included decriminalising seriously ill people who used cannabis for pain relief. This would include crude cannabis like plants or resin by registering them as “incurable” after they get such a diagnosis by a doctor.

“Cannabis products are emerging as a promising area of medicine, most notably in respect of a number of painful conditions that do not respond to existing treatments,” the final report said.

“The Committee agrees with the argument put forward by the majority of inquiry participants that provision be made for a very small and specific group of patients to use crude cannabis products for medical purposes legally.

“We recognise that particular attitudes have perhaps prevented us from recognising and harnessing the therapeutic potential of cannabinoids in Australia to date.”

But committee members could not agree on whether chronically ill people, such as Multiple Sclerosis sufferers, could use cannabis. Some had concerns about the long-term effects of using the drug. However, others felt the definition of “chronically ill” could be exploited by recreational cannabis users.

Mr Searle said: “There is movement. Things appear to be different. This represents a move in medical understanding but also an attitudinal change that comes with generational change but we’re not there yet.

“I think the real question for parliament now is, can we take this step when there isn’t any real reason not to? I think there’s an opportunity for action, hopefully non-partisan, but we will see.”

However, he cautioned that other Coalition members would need persuasion “in significant proportion” that is was the right thing to do.

What are the views of other parties?

Mr Robertson said he wanted to “build on the in-principle support expressed by the parliamentary committee” last year but he was not unequivocal in his enthusiasm.

“I am sympathetic to the plight of those who are suffering from a terminal illness and advocating for medical use of cannabis for pain relief – but it needs to be acknowledged there remains practical and regulatory issues that need to be worked through in this area,” Mr Robertson said.

“I think this is an issue that is above politics. Ultimately this is a medical issue and at every step along the way we need to be working with medical experts to ensure that we get this right.”

Meanwhile, medical cannabis has support from some other, perhaps unlikely, conservative quarters in NSW.

Nationals Tamworth MP Kevin Anderson has a young constituent with bowel cancer who uses cannabis to relieve chemotherapy side-effects. He is currently drafting legislation for a private members’ bill. Liberal State Premier Mike Baird has given provisional support to the bill but has concerns over the supply and regulation of the drug.

The Australian Capital Territory appears to be jumping on board too. ACT Greens Member Shane Rattenbury, recently tabled an exposure draft bill into the ACT Legislative Assembly to legalise medical cannabis in the ACT. The bill has gone to committee and will report back to the assembly before July next year. Consultation is open until September 15. The leaders of both other parties within the assembly say they are open to looking at it but haven’t committed to a position at this stage.

Currently there is only one legal pharmaceutical cannabinoid in the Australian market: Sativex, used by people with MS to counter muscle spasms. However, it costs $500 per month, according to a 2014 Australian National Council on Drugs report.

Tasmania has a Liberal government which recently barred Tasman Health Cannabinoids from conducting medical cannabis growth and processing trials with the University of Tasmania. However, it is currently holding its own parliamentary inquiry into legalising medical cannabis and expects to report at the beginning of next year.