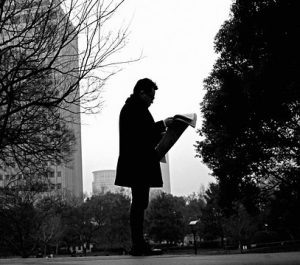 It would not be foreign to assume the popular opinion that the area of Defamation law is a novel and controversial one at best. In fact, with the advent of technology and social media giving rise to easily made offensive remarks and spurious claims on sites such as Facebook, Twitter, YouTube and countless others regarding the character and reputation of individuals, one would be forgiven to assume that this burgeoning area of law was simply a rich man’s fodder for revenge.

It is important to note, however, that notwithstanding critical aversions to the area of defamation law and common misconceptions regarding the exorbitant costs and fees of such cases, in today’s modern society, one’s reputation is the new currency.  This notion is not as far-fetched as it seems.

Take the Black Mirror Netflix TV series, notorious for evoking and challenging social norms. A recent episode, ‘Nosedive’, paints a futuristic world whereby one’s ‘reputation’ created an overall ‘personal credit score’. This could affect or reward you insofar as your determined address, means of transport and social circle. In a hypothetical world where a credit score rating is given on the basis of how you treat others, is it not also important to defend those facing false allegations?

No distinction between slander and libel

Defamation law in NSW is currently enshrined in the Defamation Act 2005 which outlines several factors in which something can constitute as defamation. Specifically, the distinction between slander and libel has now been abolished under section 7.  Thus, giving the green light for defamation proceedings to now be initiated based on what was either written or stated verbally.

Our firm has championed the rights of the powerless through this unique and specialised area of law, specifically utilising its principles for noble outcomes. At a rudimentary level, the law of defamation itself is aimed at protecting people’s reputations from what can be deemed as unfair and baseless attacks.

Our firm has won both cases.  The latter case involving an appeal made by Nationwide against our client which truly highlighted the unique area of defamation law. In this instance, the defendant, Nationwide, suggested our client had rejected the first offer of amends by offering their own second offer of compromise. Notably, this case provides an intricate look into defamation law and its specific ‘amends provisions’ pursuant to Pt 3, Div 1 of the Defamation Act 2005 (NSW).

Her Honour McCallum J dismissed Nationwide’s appeal based on the erroneous assumption put forth by the defendant that defamation provisions were interchangeable with contractual principles. Remarkably, Nationwide posited the argument that our client’s second offer of compromise constituted as a ‘counteroffer’ to their initial offer of amends. Thereby implying a ‘rejection’ of their first offer. The judgment significantly highlighted the strict demarcation of defamation and contract law principles as being wholly separate.  Her Honour stated that the ‘amends provisions’ of the Defamation Act establish a ‘discrete scheme’ which operates independently of ordinary contractual principles of ‘offer’ and ‘acceptance’ to those of the offers of compromise provisions as outlined in UCPR Pt 20.

The Internet facilitates damage to reputation

Increasing technology, social media platforms and the prominence of the Internet in the twenty-first century, can arguably suggest that tarnishing a person’s reputation is fair game when access to such public forums is readily available.

Proponents of ‘freedom of speech’ decry any perceived limits on peoples’ thoughts and expressions. However, defamation law grows increasingly vital in a society where one’s reputation can be crucial in shaping the prospects and trajectory of one’s life. This unique area of law attempts to balance both the freedom to speak freely without restraint and the private right of protecting one’s personal reputation and identity. Defamation law and the possible reforms and changes to come will be worth critically assessing, as societal values change to reflect the evolving nature of our contemporary and automated environment.

If slander or libel has damaged your reputation, please contact our defamation lawyers now.